The original Chick n Sours gets a new bar and... chicken toast! 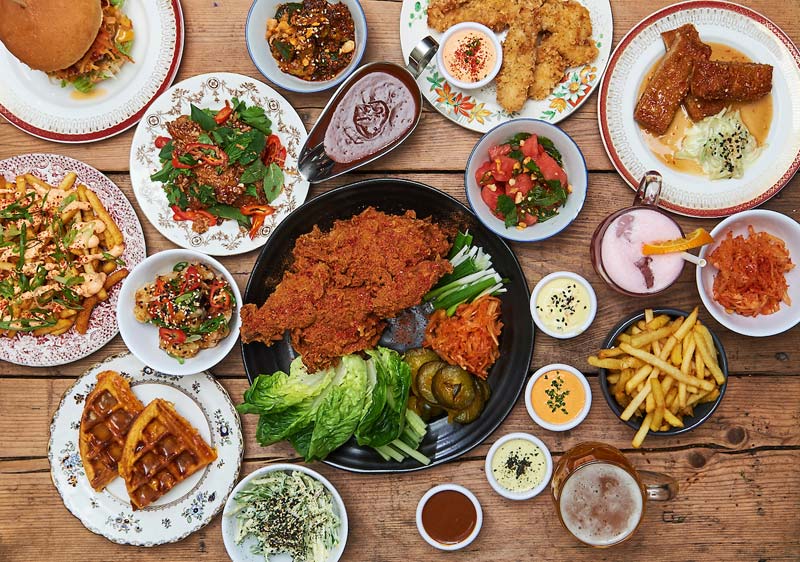 Following up on the revamped CHIK'N on Baker Street, is the news about lots of changes at the original Chick N Sours in Haggerston. They're getting a new look upstairs, but most importantly a new bar downstairs.

And a new look means new things for the menu. Which sounds AMAZING:

Plus all the regulars from before - including the amazing aubergine. And alongside that - you can also get the original dripping fries or two new versions - Crack fries & Fully Loaded fries. Here's a sneak peek of that menu. 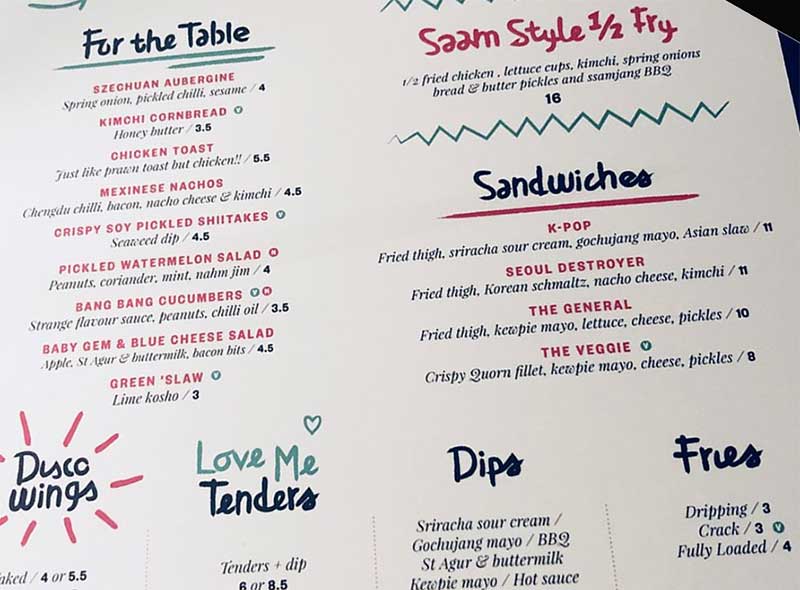 They've been planning something downstairs at Chick n Sours for a while but now it's actually happening. Chick n Sours' Carl Clarke has a DJ past, so expect that to be put to good use in the downstairs bar, where you can expect a regularly changing soundtrack and, of course, a DJ box. And on top of that a  curated cocktail and beer list - they've teamed up with Horace Panter from The Specials to create the first of an ‘artists’ series of beers. That'll be Jamrok, described as "a Jamaican lager with the strapline - Fine, all of the time". 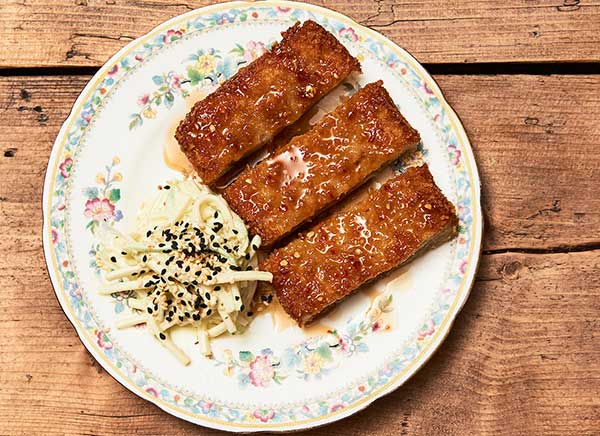