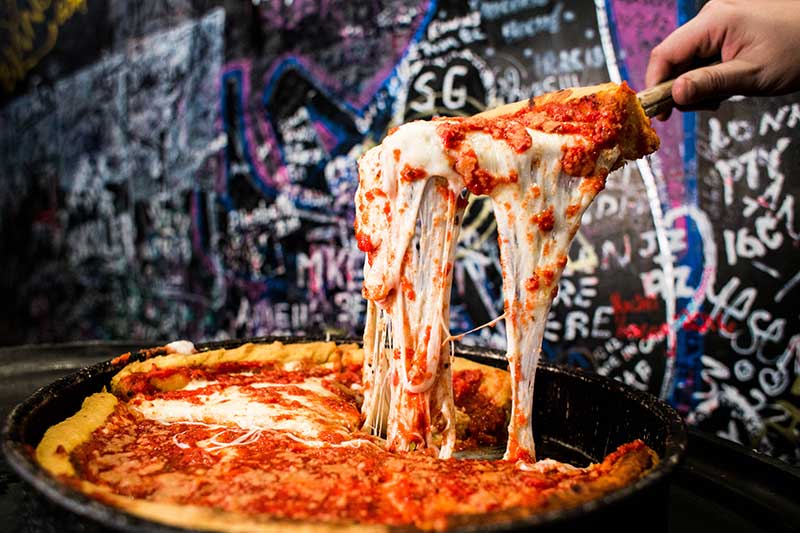 If you've never been to Chicago to try their deep pan pizza, then get ready - it's coming to you. London pizzeria Pizza Pilgrims have teamed up with the Windy City's famous deep pan pizza guys Gino’s East allowing them to take over their West India Quay restaurant for just one weekend.

Renowned for their deep pan pizzas since first setting up in 1966, Gino’s East usually has queues down the block at any of its Chicago restaurants. They're bringing chefs over from the States to cook up two of its signature pizzas - the Veggie Supreme, made up of spinach, mushroom, onion and green peppers, or the Meaty Legend, packed full of Italian sausage, ham, bacon and pepperoni.

To go alongside that Chicago beer company Goose Island will be served all weekend.

To book - and be quick because slots will go quickly - it's £25 for a 90-minute session with bottomless deep dish pizza, a pint of Goose Island beer and a Pococello Crosstown doughnut.

More about the Gino's East takeover

How to book: book online or head down to Pizza Pilgrims at West India Quay where a few tickets will be available on the door.