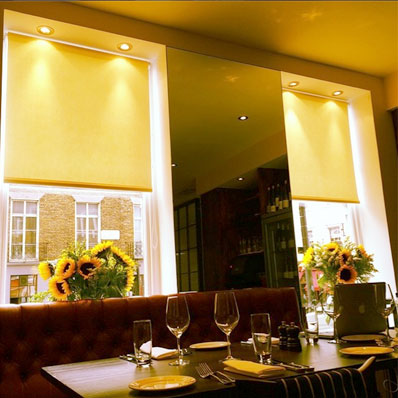 Chelsea residents get a Parisian-style restaurant in Brasserie Gustave.

Here's what you need to know about Brasserie Gustave

There are some pretty respected resturant folk behind it: Former sommelier Richard Weiss was most recenty at Brasserie St Jacques and has also been head sommelier at The Greenhouse and Brown’s Hotel, and chef Laurence Glayzer comes here via The Ritz Hotel, Harry’s Bar, Browns Hotel and, most recently, The Arch.

Franophiles wil love it: Named after the chap who designed the Eiffel Tower, the 50-cover restaurant will be like a little slice of Paris, with mahogany tables, burgundy leather banquettes.

Like a bit of trolley action? Then you're in luck. They're promising that many dishes, including hand-cut steak tartare, whole sea bass, roast meats, Crêpe Suzettes and Rum Baba, will be finished and served by Weiss from a bespoke Gueridon trolley service.

There's going to be a large wine list - 170 bins to be exact of mostly biodynamic and organic wines from all regions of France, starting from £18 a bottle. The downstairs holding bar with room for 14 will apparently boast the largest selection of French spirits in London, and yes there will be an Absinthe fountain.

Brasserie Gustave has just opened at 4 Sydney Street, London SW3 6PP. It's open for lunch from Wednesday to Sunday, and for dinner from Tuesday until Sunday and there'll also be a Saturday brunch. Tel: 0207 352 1712.  For more information follow them on Twitter @brassergustave