Chefs cook for charity at Goodman with EatPlayLove 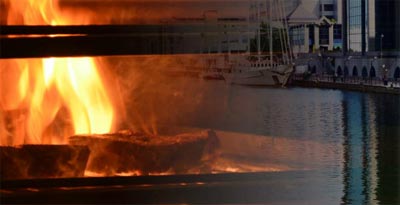 EatPlayLove sees a number of the UK's top chefs getting together for charity in Canary Wharf. There's an impressive line up of chefs attending, who include (so far):

Each of them will be manning a culinary station where they'll be showcasing signature dishes from thier restaurants. For your entry ticket of £120 you'll get a dish from each of them plus a glass of champagne and five more drinks too.

There will be entertainment from the Laura London Magic show, the band Nizlopi, vocalist Sarah Howells of Paper Areoplanes, and the Fantastique Cabaret. And there will be auctions and raffles throughout the day too, including a New Year’s Eve Champagne Dinner at Galvin at Windows and the complete, signed Raymond Blanc cookbook collection.

The event is being organised by Nicole and David Williams Williams, better known to many as The Critical Couple and Daniel Doherty from Duck & Waffle. It's all in aid of two charities the Manna Society (a day care centre for homeless people near London Bridge), and Galvin’s Chance (an ‘into work’ programme initiated by Chris Galvin and Fred Sirieix).

EatPlayLove is on September 22 running from 2-8pm at Goodman in Canary Wharf. For details on tickets , go to the website and follow them on @EatPlayLove2013.