Chef and barman among confirmed dead from Borough terror attack 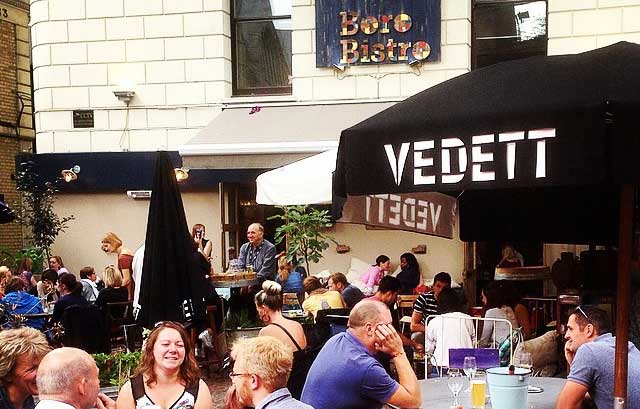 Two restaurant workers have been confirmed among the dead from Saturday night's terror attack. The pair both died at the Boro Bistro on Borough High Street (pictured above in happier times).

Sebastien Belanger, 36, was a chef at the Coq d'Argent restaurant in the City and had lived in London for several years.

The death was also confirmed of Alexandre Pigeard. Pigeard was a barman at Boro Bistro.