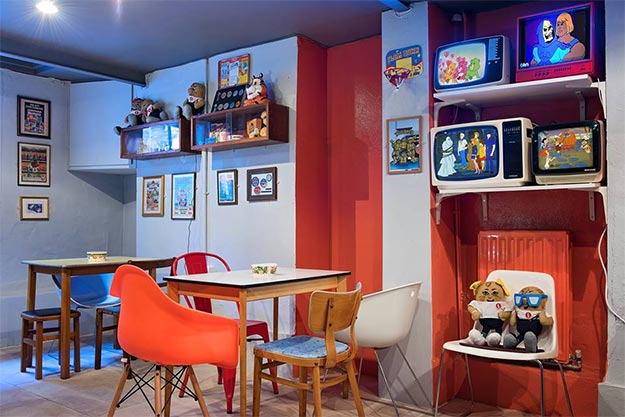 They might have come under some rather unfair press scutiny when they opened their first venue (pictured above), but there's no denying Cereal Killer Cafe's success. The first one still has queues out the door and now they're getting ready to open the second cafe in Camden.

This one will be at Camden Lock, and will have essentially the same menu as the original. So that's over 100 cereals, 20 toppings and 12 kinds of milk. The only change is that this time they're also planning a takeaway option (will that mean you just get the box?).

Cereal Killer Cafe opens on May 14 2015 at Mezz 2, Stables Market, Camden, London NW1 8AH. Opening hours are 9.30am to 7pm. Find out more from them on Twitter @cerealkilleruk