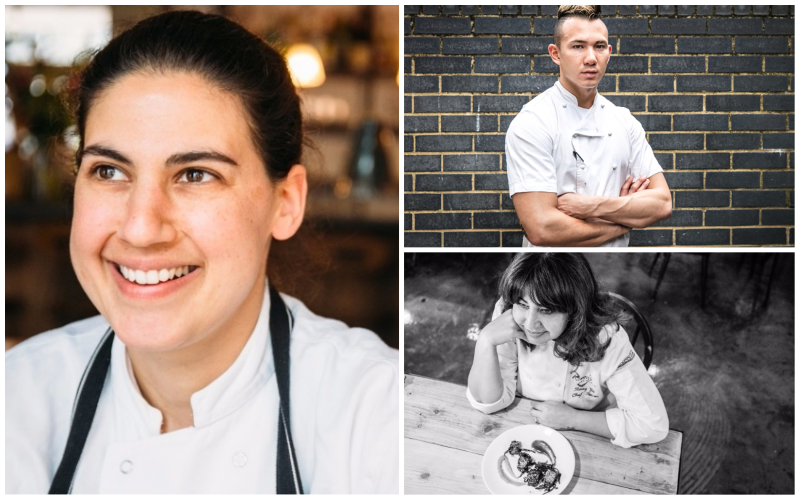 Carousel, which knows a thing or two about organising top residencies in its airy Marylebone venue, has just announced its line up of guest chefs for the New Year.

First up, from 4-13 January, its Romy Gill, who’ll be working together with Carousel’s in-house head chef Ollie Templeton to whip up a set menu packed with "West Bengal meets West Country dishes", so expect plates like spicy crab on sourdough with tamarind chutney, and venison with green chilli and onion.

After that, from 16-20 January, it’ll be half-German half-Japanese Angelo Sato who’s finessed his culinary know-how at a hefty number of Michelin-starred restaurants, including Gordon Ramsay, Trinity and Restaurant Story in London, plus Narisawa, Ryun Gin and Eleven Madison Park from further afield. The menu will be comprised of dishes that preview the menu from upcoming Japanese/European restaurant from Omoide, which means pork belly with daikon and mustard, oyster tempura with kombu, and a custard with tea and burnt sugar. This will essentially preview his own upcoming restaurant - so head down if you want a preview.

Then, from 23 January to 3 Feb, Carousel will welcome back Shuli Wimer of London’s River Cafe for her second residency. She’ll be making all kinds of cosy, winter warmers with an Israeli twist, like a warm borlotti bean and tahini masabaha, Jewish gnocchi with artichoke, bread and bone marrow, and seared cabbage leaves stuffed with beef, lamb and potato with a preserved lemon yoghurt with zhug - a type of Middle Eastern hot sauce.

A seating at any of the above will cost you £39.50 for the set menu, not including drinks. But, if you do fancy something to drink, there’ll be wine and cocktail pairing suggestions provided.

Outside of the evening seating, Carousel’s resident head chef Ollie Templeton will be providing a daytime lunch menu of small plates. Given its seasonal nature, the menu will change often, but some of the options we’ve been told to expect include a smoked short beef rib with sour cherry, and a handmade carbonara with guanciale.