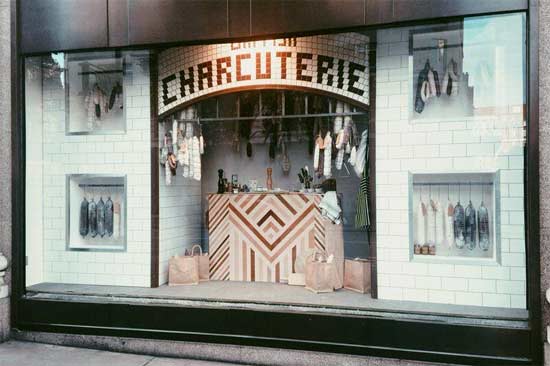 In the week that they're in Selfridges (that's their very impressive window display above), deli Cannon & Cannon have just kicked off the crowdfunding for the UK version of Carnivore Club.

If you sign up, each month you'll get a selection of top charcuterie through the door from the very best artisan charcuterie producers. It's been a big hit in the US and Canada and hopefully they'll make their targets and do the same in the UK.

So If you fancy taking part (the £29 package looks like a no-brainer) you can sign up here.