Camden's The Blue's Bar puts alligator on the menu 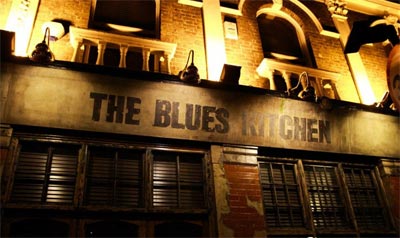 It seems like yesterday that we were writing about grasshoppers being trialled on the menu at Wahaca. But that's so old hat. This week, it's all about fried alligator.

That's right - Camden's The Blue's Kitchen has just introduced it to their spring menus at The Blues Kitchen. Already on a couple of days and proving popular, the starter features pieces of alligator tail coated in Cajun panko bread crumbs, and served with fresh mint and sweet chili sauce.

If you are interested in the science bit - as well as being lower in cholesterol and fat, alligator meat is supposedly richer in omega 3 and protein than both chicken and beef.

Thinking of trying it out? Well you can always work up some dutch courage with their recommended cocktail pairings including the Dirty Mojito (similar to the original but substitutes rum for Bourbon), and the White Dog Old Fashioned, made using unaged Bourbon.