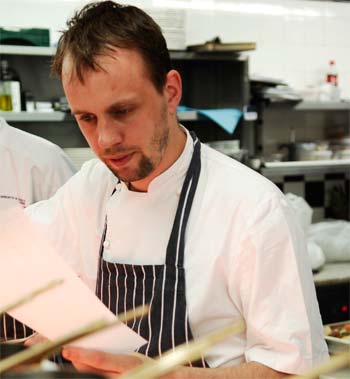 Mark Poynton is a big deal Cambridge. He worked with Daniel Cilfford of Cambridge's two Michelin starred Midsummer House before going his own way and setting up Alimentum, one of Cambridge's hottest restaurants. And he may have just got his first Michelin star. Now the chef's bringing his cuisine to the Landmark Hotel in London with "A taste of Alimentum".

Poynton will be taking over the Winter Garden restaurant for three weeks, showcasing some of the best food from the Cambridge original. There will be three menus on offer:

A Taste of Alimentum Will be running every Tuesday to Saturday evening from 20th November until 8th December.