Written by Nancy Smallwood
Created: 02 May 2017 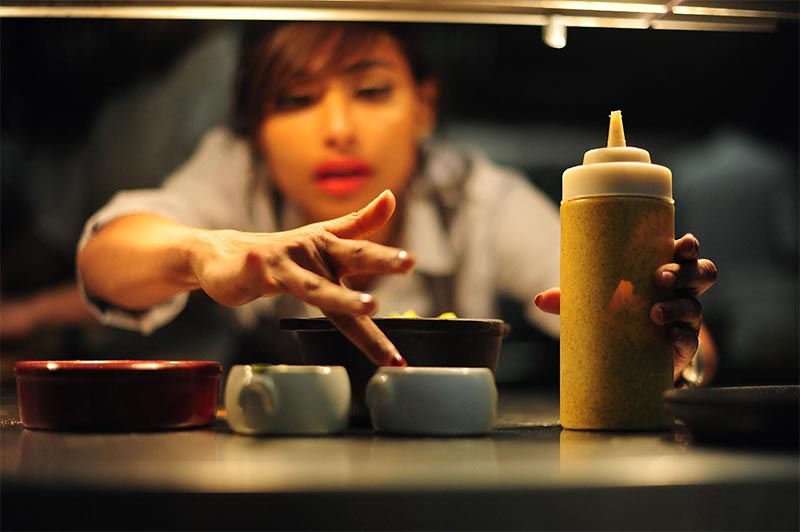 In a nutshell: Bengali-style home cooking comes south of the river.

Summing it all up: Shrimoyee Chakraborty is opening a new Calcutta Street in Brixton, with a big focus on atmosphere and small sharing plates. There’ll be some new menu additions, plus bespoke cocktails made with traditional Shorbot, and a late license until 1am every night to top it all off.

After a well-received move from pop-ups to her first restaurant in Fitzrovia, Shrimoyee Chakraborty will now be making the jump south of the river to Brixton.

Calcutta Street Brixton will have all the same Bengali home cooking as its Soho sister restaurant, but served up in a dramatically more outgoing setting. It’s designed to evoke the spirit of Park Street in Calcutta, described as ‘the street that never sleeps’, and the whole place will be decked out in murals, posters of Satyajit Ray’s films, ostrich and peacock feathers and other curiosities.

In terms of food, not too much has changed, with street food and main dishes on offer, though there’ll be a slight slant towards small, affordable plates. Plus, there’s a couple of new additions to the menu, like Biryani and Chicken Chaap, slow-cooked in creamy poppy seed and cashew nut sauce. And fingers crossed there’ll be a reappearance of that the messy-but-so-worth-it krankar jhal crab.

You’ll be able to bolster the atmosphere of nighttime revelry with some similarly festive drinks, including bespoke Shorbot cocktails, made with fruits and flower petals, plus a late license that runs until 1am every night.