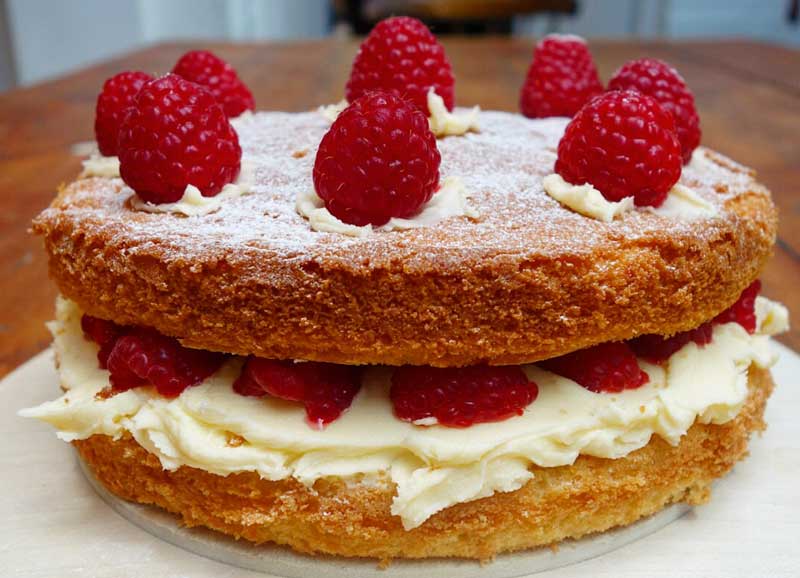 Last year, Zelman Drinks opened its doors in Finsbury Park, taking over from retired neighbourhood boozer the Silver Bullet. Since then, they've added a residency from Spit and Roast and now they're having a cake day!

The late night cocktail bar has just announced a coffee and cake afternoon fundraiser for Macmillan, and it's got a bit of a bit of a twist - cakes from steak restaurants. We’ll admit we’ve never seen this concept before, but it *may* have something to do with Moscow-born steakhouse Goodman, Zelman’s parent company.

There'll be sweet treats from the chefs at Burger & Lobster, Zelman’s Meats, Beast and Burger & Lobster (all of which are owned by Goodman) as well as other fairly hefty London burger and steak names like the Hawksmoor, Blacklock, Meat Liquor and Berber & Q. There’s also likely to be more chefs joining the roster in due course. Oh, and we'll be there with our very own Hot Dinners Victoria sponge (as pictured) too.

Tea, coffee and cake will be free and offer from 10am-2pm on 25 March, available in return for a voluntary donation made to Macmillan Cancer Support.