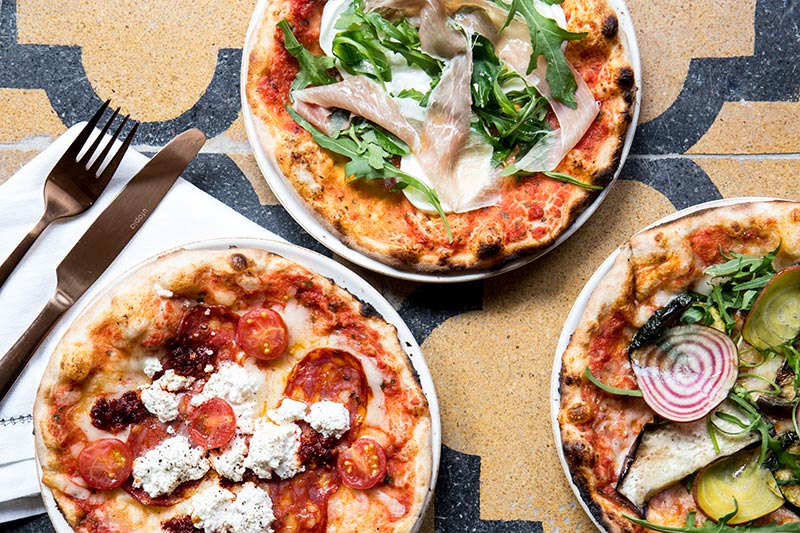 There’s now wood-fired pizza, cured meats, pastas and Italian treats-a-plenty up for grabs in Covent Garden, thanks to BungaTINI which has just opened its doors.

There’ll be several menus on offer to suit your mood, depending on the time of day. Early birds will be able to enjoy an ample selection of Italian baked goods from the breakfast menu, such as the almond pasticceria, a pancetta cornetto or a ‘breakfast pizza’.

Meanwhile, for late afternoon visitors, there’ll be a considerable range of Italian snack combinations on the aperitivo menu, such as the BungaTINI board which comes with finocchiona salami, pecorino, gnocco fritto and fennel sausage arancini for £12. Of course, no aperitivo worth its salt would be be seen dead without something stiff to accompany it, which is something the all-day bar will be taking care of. There’ll be negronis, bellinis, vermouths, proseccos and more.

As expected, the star of the show at BungaTINI will be their traditional wood fired pizzas which will be available in all the usual styles, and cooked in an ultra-swish Valoriani clay oven.

There’s also a bit of noise around a certain locked door in the corner, which formerly led into a meat locker but next year will open up to provide a mysterious ‘immersive journey’ experience - though what exactly, we can’t say. We’ve never felt more enticed by a cold room full of meat.