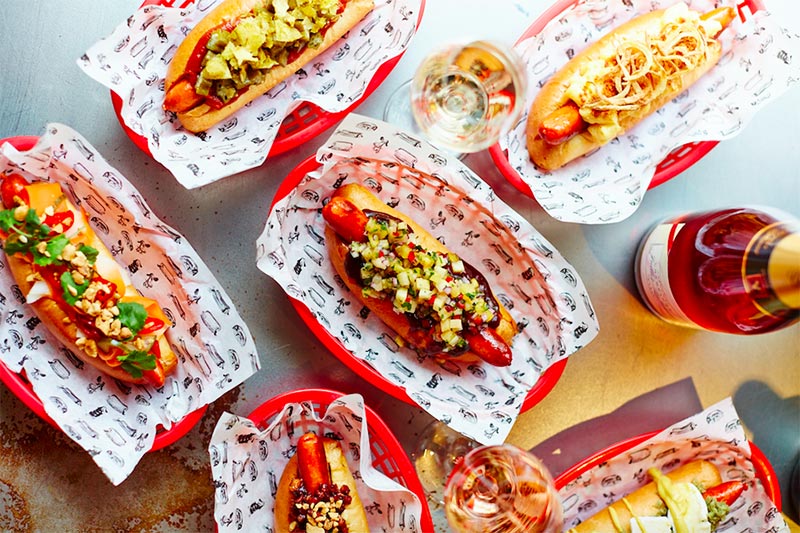 So far this year we've had slider deciders and croquetas challenges and now it's the turn of the hot dog. And who better to host the Hot Dog Challenge than giurmet hot dog restaurant Bubbledogs. Bart of their 4th anniversary celebrations, they're gathering together some of the best hot doggers in town to compete for the prize.

And it's a VERY impressive line-up. Taking part are:

Judging all those hot dogs will be MEATliquor's Scott Collins, Olia Hercules, Bloomberg’s Richard Vines, Skinny Bib, Ed Smith and Jemma Wilson from Crumbs and Doilies. And it's all being compered by Missy Flynn (co-founder of Rita's).

Tickets to the event on 10 October are £15 and you can book them here. For that, you'll get canapés and 2 glasses of Champagne and the chance to try the hot dogs. £5 of each ticket will be donated to Action Against Hunger.

The Bubbledogs Hot Dog Challenge is at 70 Charlotte St, London W1T 4QG on 10 October. For more from Bubbledogs, follow them on Twitter @bubbledogsuk.