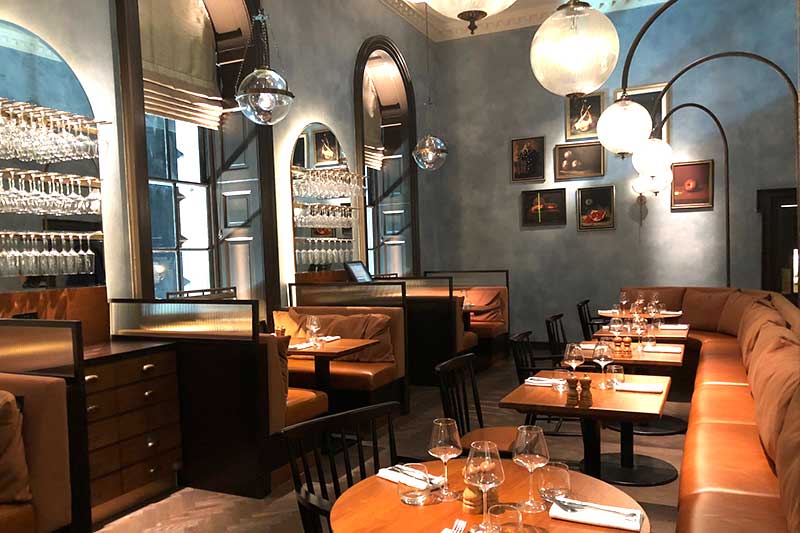 Updated 2/3/18 with interior shots and menu

What: Bryn Williams at Somerset House

In a nutshell: Welsh food but not a Welsh restaurant

Summing it all up: Odette's chef Bryn Williams is set to open a fruit and veg focused restaurant overlooking the river at Somerset House

It's a busy year for Odette's chef Bryn Williams. Not only is he opening a restaurant at the new Spurs stadium but now he's announced he'll open his first central London restaurant at Somerset House.

See the full launch menu below.

Beer lovers will be cheered to know that the new restaurant will also feature a draught beer bar, the only one on the Somerset House premises.

The restaurant will open this spring in the South Wing of Somerset House taking over the space previously occupied by Tom Aikens' Tom's Kitchen. And after a sneak preview during the soft launch we have to say they've done a brilliant job with the space, raising the floor so more tables get great views out over the river. It's quite lovely looking. 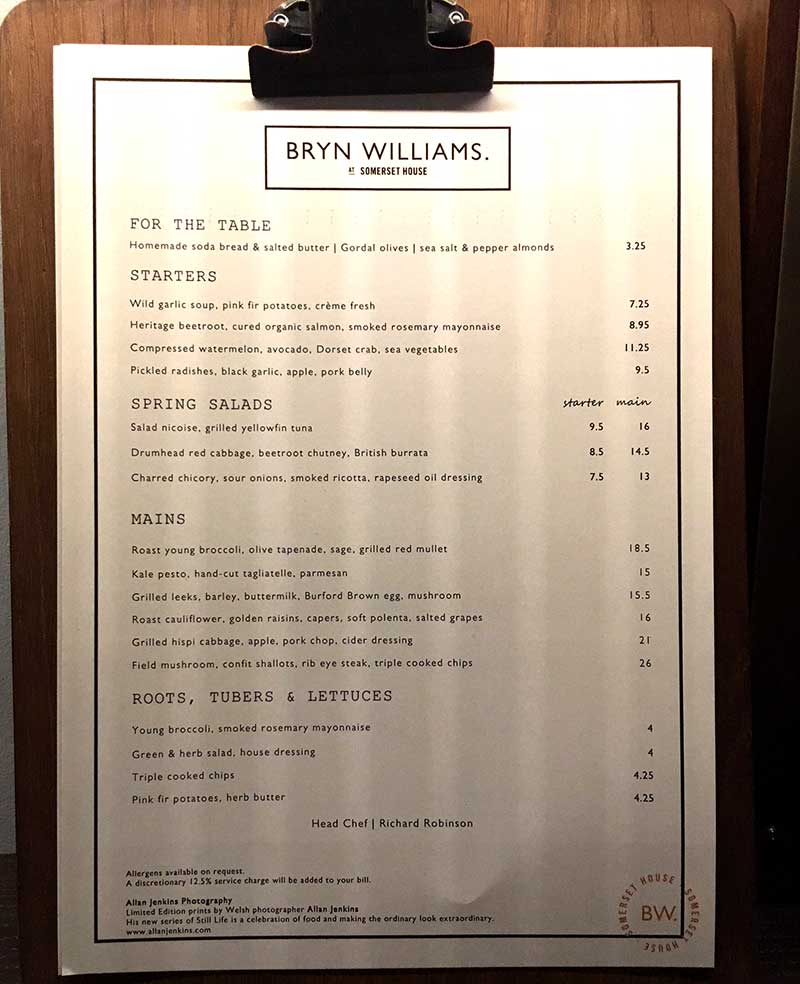 Where is it? Somerset House, Strand, London WC2R 1LA