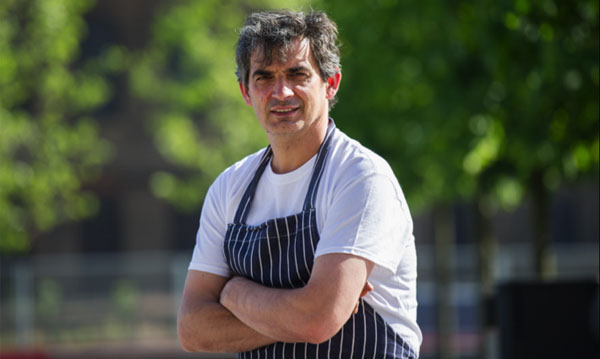 Recently celebrating its 10th birthday, it's all go at The Zetter in Clerkenwell right now and there's another big change on the way.

Although Bistrot Bruno Loubet's been going strong at The Zetter for some time now, it's Loubet's other restaurant Grain Store in King's Cross which has been getting much more of the attention recently. Now they're bringing some of that buzz over to The Zetter as the restaurant there is transformed into Grain Store Unleashed.

As with Grain Store, expect the menu to lead with - but not exclusively be based on - vegetables. It'll be open from breakfast through to dinner. The exact menu's still to be confirmed, but we know that during the day there will be a short selection of individually priced dishes and at dinner there will be a choice of two set menus: 6-course (£32.50) and 8-course (£39).

It's being billed, rather cryptically, as there "for a limited time only" so if you want to see how the Grain Store experience travels, it may be worth going early. After that, they'll be moving onto the "next phase", so expect a brand new restaurant in this space in the future. And if you want to get down to the Bistrot for one last time - you have until 6 April, when the last service will take place. It's been one of our favourite places in London, so if you haven't been yet - we recommend getting down there before it goes forever.