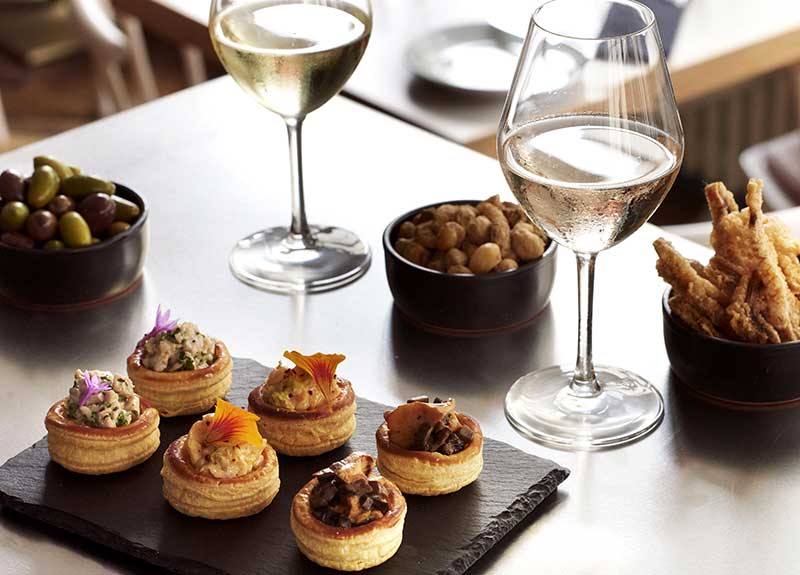 In a nutshell: All-day brasserie in White City

Summing it all up: They have restaurants in Bristol and Spain, and now Wellbourne are coming to London. It's an all-day brasserie affair by chefs with an impressive pedigree and a pretty great sounding menu too.

A lot is changing over at White City, with lots of new restaurants appearing at the old BBC TV centre and more at White City Place. And they're attracting some interesting names too - the latest being Wellbourne Brasserie.

Wellbourne already have two restaurants, well outside of London. There's one all the way down in Clifton, Bristol and another is Wellbourne Salardu in Northern Spain. Behind the restaurant is Ross Gibbens and Michael Kennedy and they have an impressive pedigree - most recently before Wellbourne, Gibbens was Head Chef at Dabbous, where Kennedy was also Senior Sous Chef. Head chef James Goodyear is based at the place in Spain and he's also ex-Dabbous and a former sous chef at Le Manoir.

Their Clifton restaurant is "a neighbourhood restaurant that by day is more of a cafe vibe" they told us, and while White City will also be an all-day affair, the menu will have more of a traditional all-day brasserie approach, with a big focus on dishes from their charcoal oven.

As for the kind of food to expect, Ross told Hot Dinners that they're planning:

And, of course, there will be brunch served too (from 8am - noon). That includes "Ross-on-Wye green asparagus, cooked over hot coals, sunflower seed praline and salted butter" and "Portobello mushrooms cooked in aromatics served with broken eggs on toasted homemade sourdough".

As for the restaurant itself, it's split into four areas. The main restaurant seats 40, there's a bar area with a communal table, an eight-seater private dining room (with comes with its own enomatic wine dispenser  - dangerous!), and an 80-seater terrace looking out over the green in White City.