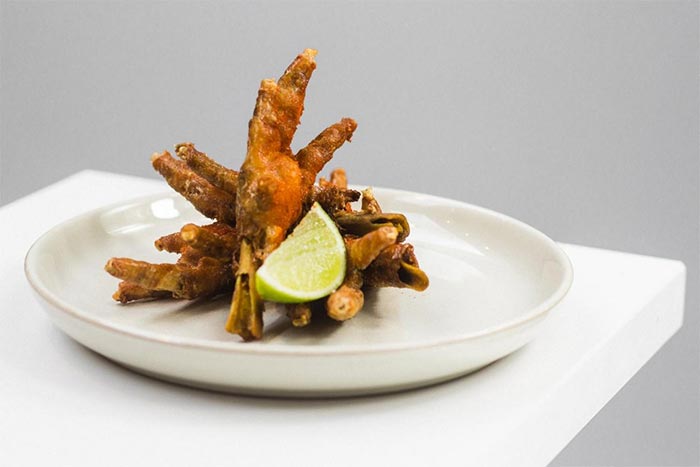 Very much a big thing in Brighton already, ethical chicken restaurant H.en is making the leap to London - landing a six-month pop-up on Upper Street - and they've got some MasterChef finalist help.

Created by siblings Philip and Amy Ilic, they've teamed up with MasterChef Finalists Billy Wright and Jack Layer for the London version, which will aim to use as much of the ethically sourced chicken as possible - or "beak to feet" as they're putting it. Like, for instance, their "Crispy Chicken Feet", which everyone gets on the house.

The main menu features quarter or half chicken in a spiced buttermilk marinade - as well as three more marinades, BBQ, South American-style Red Eye and hot chilli. There's also the H.en Burger - with pulled, fried or grilled chicken, topped with chicken skin mayo, charred gem lettuce, tomato and pickled cucumber. On the side will be chicken wings coated in sweet spicy hot sauce, sweet potato fries, corn on the cob, sauerkraut and a slaw salad.