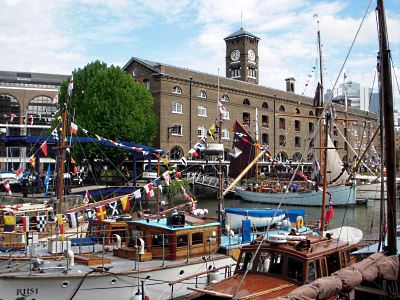 Very much developing into a trend this year is an influx of Spanish restaurants into London (note - we see this as "A Good Thing"). The latest addition is Bravas Tapas, coming to St Katharine Docks from restaurateur Bal Thind and chef Victor Garvey.

It's interesting in part because Thind was the original investor in Hakkasan, Yauatcha and Busaba - all successful brands, while chef Garvey has worked at many Basque restaurants, including doing stages at both Mugaritz and Akelarre, before setting up his own restaurant Acacia in Puerto Banus.

As for the menu, it's already sounding pretty damned enticing including:

The foie gras crema Catalena and the tuna tartare dishes both sound well worth a try .

Alongside this, George Matzaridis, previously at Hakkasan, has created Spanish-themed cocktails. There will also be Spanish wines, sangrias and craft beers and plenty of sherry. So this all sounds like another fine Spanish restaurant to add to London - and it'll also have an ourdoor terrace overlooking the marina.

Bravas Tapas opens at St Katharine Docks, London, E1W 1AT on March 7th with a soft launch until March 17th (for walk-ins only). There will be 50% off food during that period.