Brady's in Wandsworth celebrates 25 years by opening a waterfront bar 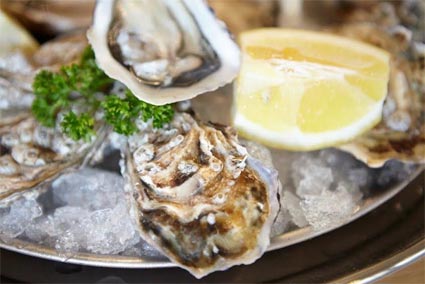 Bradys is a family-run fish restaurant that's currently celebrating being open in Wandsworth for 25 years.

And on top of that, they're about to open a new waterfront bar which will overlook the Thames.

What you need to know about the Brady's Waterfront bar

It's an extension to a restaurant that's currently celebrating its 25th year. it was opened by Luke and Amelia Brady to "celebrate English seafood". That seafood (inc. lemon sole, skate or turbot) comes from the quayside in Newlyn and Grimsby showcases the freshness throught their main daily dinner menu which highlights how many of each 'fish-of-the-day' are left.

The new bar will be separate from the restaurant and serve its own bar menu. That will include oysters, platters of smoked fish and seafood and pints of prawns.

Plus booze, of course. So there will be a selection of cocktails, wines and Champagnes and draught beers from Shepherd Neame, including the new Whitstable Pale.

It will be furnished with reclaimed church pews with a "picture window frontage opening onto an alfresco drinking and dining area, with views over the river Thames". And like the restaurant, it'll be decked out to resemble a seaside beach hut.

When does it open? September