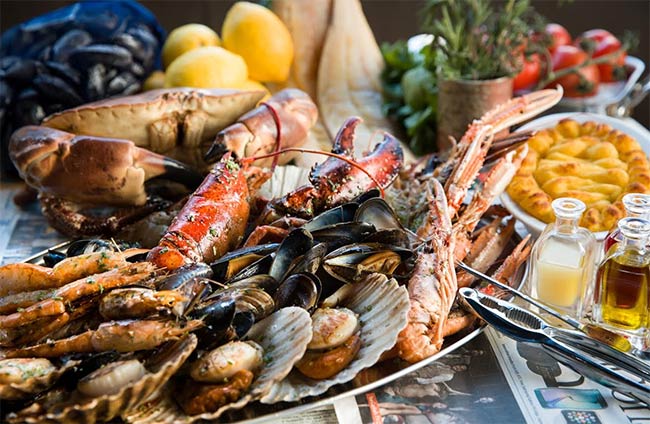 Bouillabaisse is the next restaurant from Kurt Zdesar, who most recently opened Chotto Matte in Soho - and is best known for opening the first Nobu in London. This time the focus is firmly on seafood and with a particular effort at sustainability. To that end, he's done a bit of travelling visiting day-boat fisherman in Greece, Spain and the UK and is aiming to bring some of their practices to the restaurant.

The menu is by Executive Chef Jordan Sclare (he's been at Chotto Matte, Nobu London and Restaurnt Gordon Ramsay) and the all-day menu (open from breakfast at 8am) promises to focus on "traditional and contemporary coastal cooking techniques" while seafood is very much at the heart of it. Dishes revealed so far include:

That coastal emphasis continues to the wine with selections from worldwide coastal vineyards, As for the restaurant itself, it will seat 80 across two floors with an open kitchen on the ground floor (plus a chef's table for 20 which leads into that). Expect lots of tanks of seafood on display too.

And that's not all for Kurt Zdesar this year - he's got a busy year ahead and is looking at opening on Mortimer Street (Fitzrovia), Chiltern Street and Wimpole Street (both Marylebone). What those restaurants will be is yet to be revealed. We'll keep our ear to the ground for more info on those...