Borealis is bringing Nordic food to Fora workspace in Borough 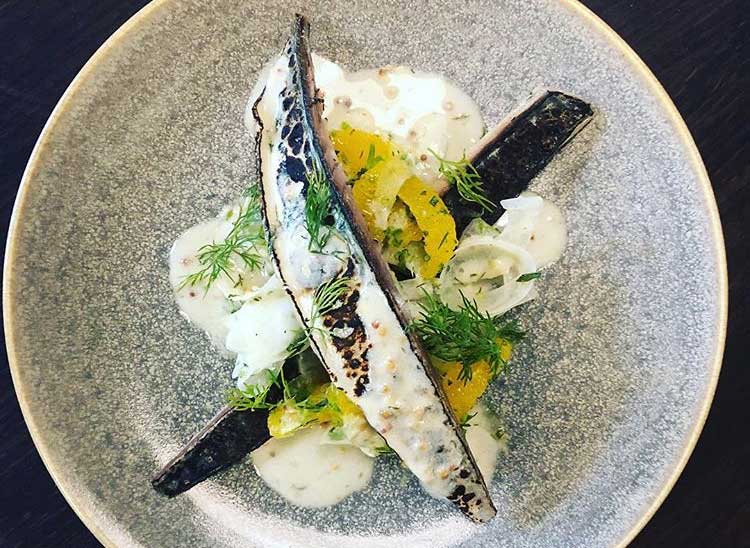 In a nutshell: Nordic food for Borough

Summing it all up: Workspace pioneers Fora who've worked with Stevie Parle at Palatino in Clerkenwell, are teaming up with restaurateur Soren Jessen for their next opening in Borough.

Restaurateur Soren Jessen is a busy man. Not only has he opened Ekte Nordic Kitchen in the Bloomberg Arcade, but he's also opening another new Scandinavian restaurant over in Borough.

Borealis is in Borough in a new development opposite Borough Station which is also occupied by Fora - the same workplace folk that have teamed up with Stevie Parle at Palatino in Clerkenwell. Running the kitchen will be chef Robin Freeman who's also been responsible for Ekte and comes here via the private members club Blacks in Soho and Bukowski Grill.

An all-day spot, open from breakfast through to dinner, there is room for 100 diners - including counter dining where the Smørrebrød will be assembled - and there'll also be a separate Borealis To Go situated in the lobby of Fora where you can grab pastries, coffees and they'll sell the rye bread they make on site. There'll also be a private dining room for 20 and a private room and terrace on the fifth floor of the building overlooking the rooftops of Borough, available to residents, both commercial and private, as well as for external exclusive event hire.

Here's what's on their lunch and dinner menu:

Hot Dinners caught up with Soren to find out more about his plans for the place...

Borealis is going to be your second Nordic restaurant you've opened in a matter of months - why have you decided to focus on that type of food?

"On the back of this new Nordic wave, with Noma and everyone else kicking the door open for a global interest in Nordic food, I have this ambition to show traditional Nordic food. Nordic tradition comes from hunting, growing and gathering food in a country where there are short summers and long winters. The techniques used were curing, marinating, smoking and drying - and eating raw in some cases. In a weird way it's quite like Japanese food - there's a purity to it.

But you're planning on using British produce?

"We can easily cook the Nordic way with everything that's available in the British isles. It doesn't involve flying in reindeer meat from Finland - that's not the idea. We've got lots of wonderful fish and fantastic pork here. So we'll be using local food and cooking it in the Nordic tradition - that's the idea [behind Borealis]."

You're right around the corner from Borough Market - how will that influence your menu?

"The idea is to have half the menu as constant and half the menu will change - some dishes according to the seasons, and others weekly according to what's good in Borough Market. So for example today they've got amazing chanterelles available and we'd put them on the menu - it'll be very responsive to what's available."

And your chef is Swedish?

"Yes, Robin Freeman. I've known him for years. But in 20 years he's never done anything Nordic in London so when I told him what we were planning he jumped at it."

We understand you're also running a special space for Fora workers.

"On the fifth floor, there's a double height floor with windows overlooking the rooftops of Borough and the church spire - it's amazing. That's for the use of Fora residents and their guests as a break out area - open all day through to early evening drinks and a light dinner. It'll also be open for hire as our events space, for birthday parties, weddings or product launches. There's a beautiful outside terrace with room for 40 people.