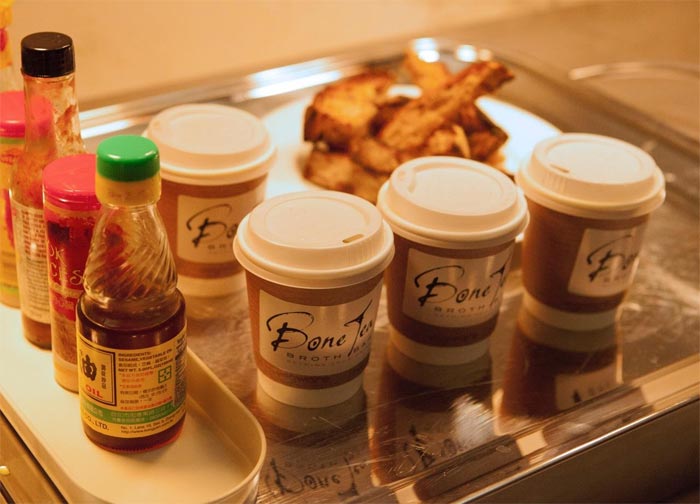 Now this is something new for town - just opened in Westbourne Park is London's first broth bar - called Bone Tea. What is a broth bar, you ask? Essentially it's slightly poshed up stock, something which has apparently been a hit in the states (see Brodo for an example). It's also been seen as something of a healthy drink too in "wellness circles" (although some might argue with that assertion).

As for this particular broth bar, it comes from Chefs Bjorn Van Der Horst and Omar Romero who previously worked together at the Rosewood in Holborn. On the menu (it's not all broth) will be:

So - if you've been craving a broth fix, now you know where to go (although more are promised for the capital too).

Bone Tea is open from today at 209 Westbourne Park Road, London W11 1EA, open from 5pm until late (until October 2015). Find out more from them on Twitter @BoneT_BrothBar.