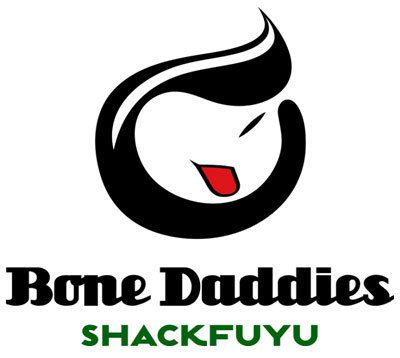 Having only just launched their latest restaurant in Whole Foods over in Knightsbridge, Bone Daddies are already back in Soho to launch a new pop-up.

They've taken over a place on Old Compton Street (where Made in Italy used to be) and will be creating a menu based mainly around the use of the site's pizza oven.

What you need to know about Bone Daddies Shackfuyu

The site is planned to stay open for a year - so it's a long term pop-up. As ‘Fuyu’ meaning winter in Japanese – the plan is for the residency to open this winter and close next winter.  It'll seat around 70 and be open seven days a week,

The menu will be based around an ever-changing key menu item. So when they start, it'll be Roasted Picanha of Beef w/Kimchee Tare alongside sides including Mentaiko Mac & Cheese, Cock Scratchings and Fried Potatoes w/Japanese Curry Sauce. Further lead dishes are expected to include whole seabass, pork hocks or goat.

And there will be snacks too. They'll include Hamachi Tostadas, "Prawn Toast masquerading as Okonomiyaki" and Roasted Scallops with Spicy Miso Butter.

No reservations, naturally. But there will be a bar area where you can wait for a table. Drinks include bottled beers, Bone Daddies’ Frozen Yuzu Margarita and a small range of bottled cocktails including Sake Cherry Gimlet.

Shackfuyu opens in February at 14a Old Compton Street, London W1D 4TH. For the latest menu, follow them on Twitter @BoneDaddiesLDN