Bon Vivant bistro brings a taste of Paris to Bloomsbury 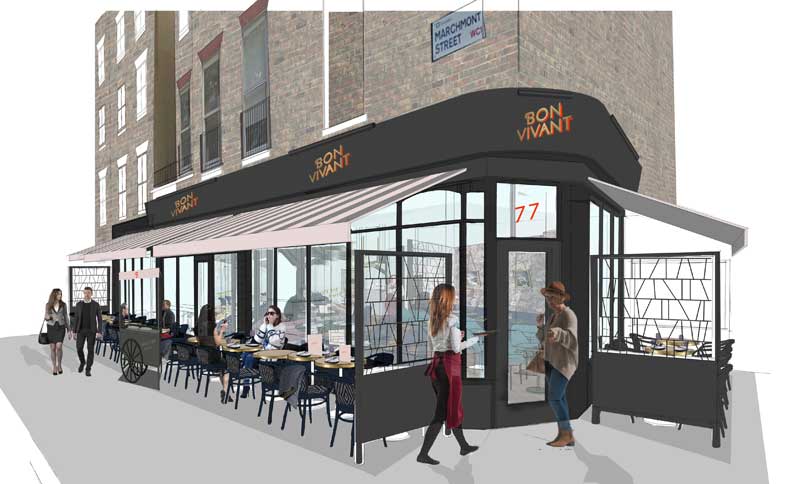 In a nutshell: French cuisine in Bloomsbury

Summing it all up: Satisfy your urge to feast on raclette, tartines and croissants without jumping on a Eurostar at this new Parisian-style bistro just around the corner from Kings Cross

A new all-French restaurant called Bon Vivant is bringing a slice of Parisian class to Bloomsbury, where it’ll be serving up beloved French treats like croissants, charcuterie platters and a daily changing selection of tartines.

With a name that literally translates to someone who lives the good life, Bon Vivant will be priding itself on atmosphere and French style. There’ll be lots of classics, and a solid French wine list, but also more modern dishes including the less traditional but equally welcome bottomless brunch. You’ll be able to take your coffee or meal outside sur la terrace, or pull up a cozy velvet chairs indoors.

Some of the meals you can expect include magret de canard, or the gloriously cheesy raclette.