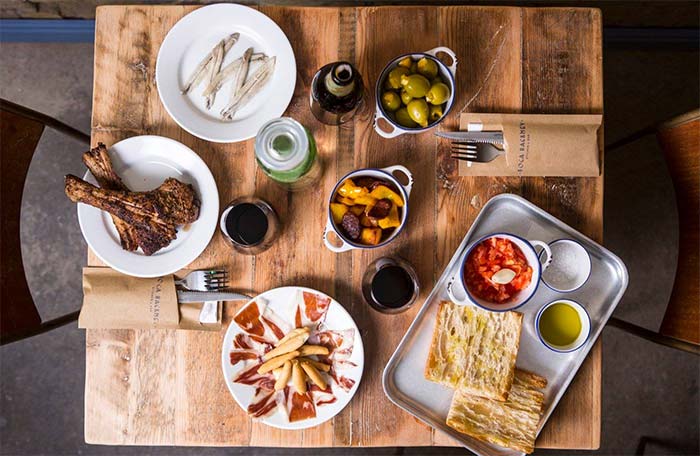 Here's another place that opened quietly before Christmas. It's taken over from La Bouchon Fourchette on Mare Street, and it's now serving Spanish tapas and cocktails, coming from the people behind Three Eight Four and Seven at Brixton.

On the food front, there are traditional and contemporary Spanish tapas dishes. The tapas menu does look lovely on a quick glance - including

Plus cheeses, cured meats and more besides. It's an all-day affair - with separate coffee, brunch (inc "Smashed Avacado on pan de coca") and lunch menus.