Bobby Chinn opening the Vietnamese House of Ho in Soho 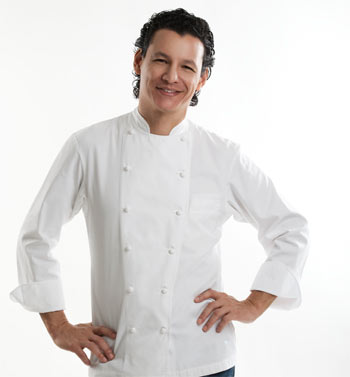 Later this year, Chinn’s heading for Soho, opening the House of Ho in Old Compton Street. The Vietnamese food at House of Ho promises to be “fun, informal, sexy and moderately priced” and  have a very specific “Bobby twist”.

Looking at Chinn's Vietnamese restaurants, and assuming he follows a similar route, we should expect seasonal menus with “exclusively organic produce”.  There are plenty of banh-mis and a western feel to the Vietnamese restaurants and the odd Egyptian shisha pipe to reflect his Egyptian heritage – so we’ll have to see if some of those elements make it over to the UK too.

Described by Anthony Bourdain as  “a true international man of mystery” he’s keeping full details of the menu close to his chest, but now we've had a sneak peek. Some that you can expect  are -

More will be revealed when House of Ho opens in December.

House of Ho opens at 55-­59 Old Compton Street on December 16  – keep an eye on @HouseOfHo for more details.