Bloomberg Arcade brings a new Koya, Brigadiers from the people behind Gymkhana and more 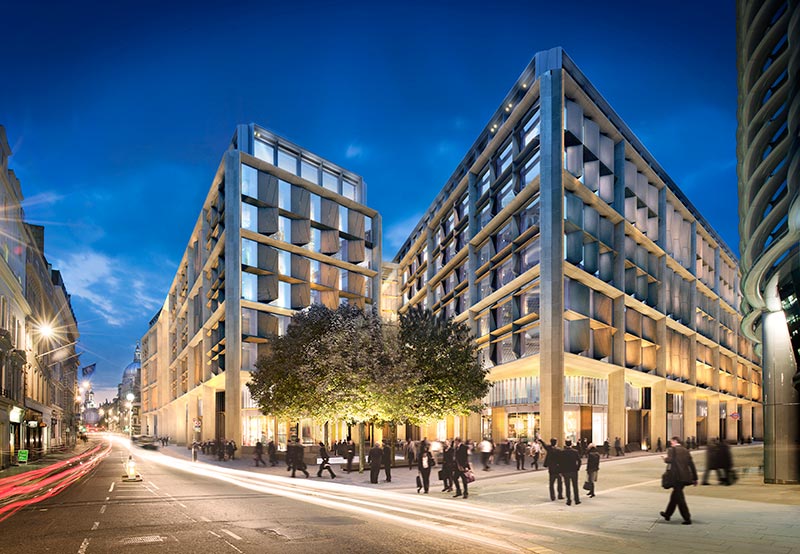 We've had a lot of food quarters opening up all over town of late, from Broadgate to King's Cross to Nova in Victoria. Now another is on the way to Bloomberg's new London hub and they've lined up some pretty special new restaurants. And it's all bang in the centre of the City too.

There will be ten new restaurants in all - under a "covered pedestrian arcade" and Bloomberg's own Richard Vines has had a big hand in curating them. Here's what's on:

Brigadiers - this is from JKS restaurants, the people behind Gymkhana. Expect "classic Indian barbecue cuisine in a space inspired by a traditional Indian Army mess"

Koya - the second Koya will open in the Bloomberg Arcade with Head Chef Shuko Oda at the helm. It's a no-brainer that this will be a HUGE hit, as much as the Soho original.

Caravan - this will be the fourth London spot from them. Coffee and brunch will be a big thing here.

Bleecker Burger - purveyors of some of the best burgers in town.

Homeslice - the latest outpost of the popular pizza joint

Ahi Poke - because these days, poke is mandatory at any new London food hub.

Vinoteca - it's the sixth Vinoteca in town, and their 200 strong wine list should go down well with the City crowd.

So that's seven announced so far - watch this space to find out what the remaining three are...