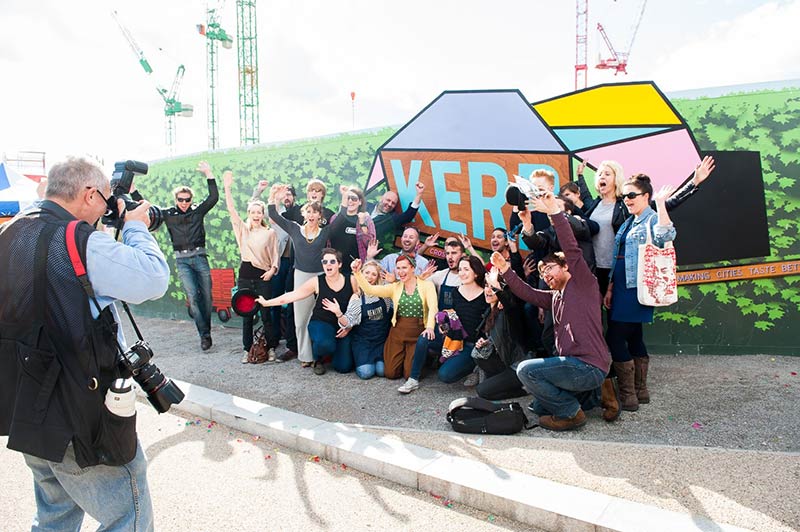 Get your glad rags out - KERB is turning five this October, and they’re putting on a street food party with a hell of a lot of collaborations available at only £5 a pop.

Among the most interesting of these are burger kings Bleecker, who’ll be teaming up with the wildly popular Bao to serve up a cheeseburger/steamed bun hybrid they’re calling Blao. Needless to say, we’re more than a bit curious.

Aside from the mysterious Blao, some of the other mashup dishes we’re looking forward to include mac ‘n cheese piadinas, donut ice cream sandwich toasties and vegan Kerelan bhaji-battered tofish tacos (try saying that five times fast.) The whole thing sounds great if you’ve been around the street food block a few times and are after something new. Drinks will be similarly mad, and include Spiced Tequila Tegronis, and a Birthday Cake spritz, which sounds more like something you’d vape than drink.

The full list of vendors and collaborators is as follows:

And that's not all. As part of the celebrations, every Thursday in October, KERB will also be getting in Bleecker, The Ribman, Rola Wala and Yum Bun to guest trade at their Gherkin lunch market. Most definitely one to note in your diary if you work in the area.