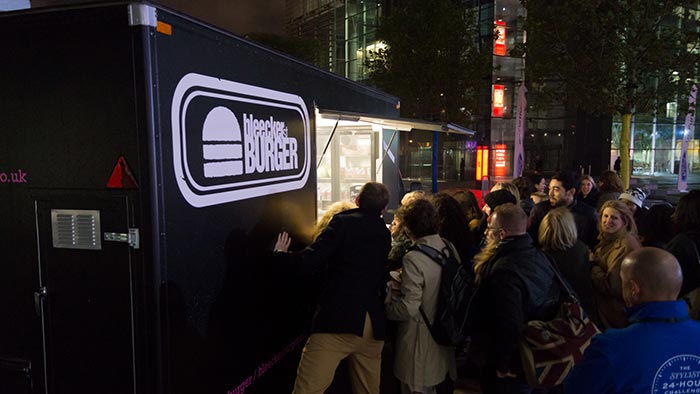 They've had huge success in the new Spitalfields space (just AMAZING burgers every time we've been) and now Bleecker St Burger are returning to the Southbank Centre too, where the van had a popular stint last Summer. This time they're taking up a semi-permanent space in one the South Bank's shipping containers (similar to the not-final-version pic below).

They're setting up shop just by the Golden Jubilee bridges and will have the full menu from Spitalfields - so if you need a Bleecker Black or one of their new shakes then you can get them all here too. There will be beer too, including Brooklyn Lager and Summer Ale, Flying Dog Pale and Snake Dog, Anchor California lager and Founders All Day IPA. As well as those, they're planning some American brewery tap takeovers too.

There will be seating too - including some new bleecher seating. They're in the process of looking for staff too - so if you're interested, email nick@bleeckerburger.co.uk.

Bleecker St Burger opens on the South Bank on 23 May at 12 noon and will be there until 30 September. For more, follow them on Twitter @bleeckerburger 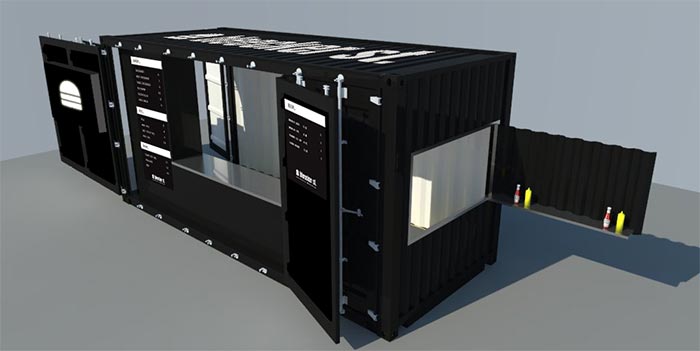