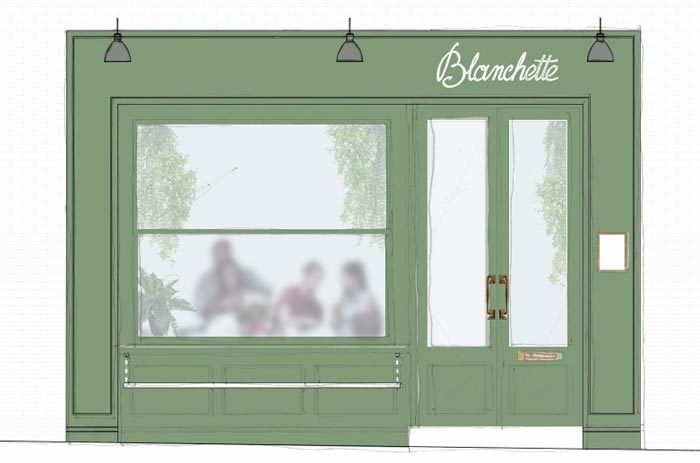 We're big fans of Soho's Blanchette, so it's good news indeed to learn that they're heading eastwards for their next venture called, appropriately, Blanchette East. This time, they're opening on Brick Lane - and expect a few changes from the Soho original too.

For starters, there will be some new influences on the menu - there will be more Southern French and North African touches. That menu is being put together by their Exec chef Tam Storrar and some of the food he has planned for Blanchette East includes:

As for the look of the restaurant, they're aiming for something that mixes Parisian Belle Époque era with East London - designed by Blacksheep, the people behind Brewdog, Fifteen, Inamo and more. The whole place seats 70 in the main dining area, a counter at the front and a private room at the back. Drinks will be a short list of French, Spanish and Italian wines and cocktails, of course. And expect a similar soundtrack to the Soho place too.