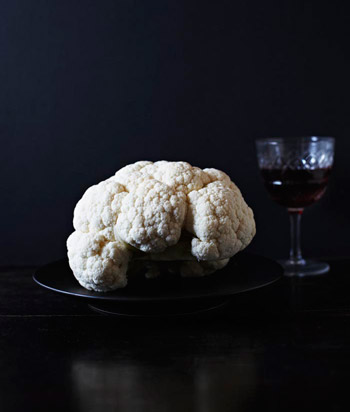 In a new collaboration with Guerilla Science (whose work you may have seen at Glasto or Secret Cinema), Blanch and Shock are about to create a feast with the ultimate in brain food in a World War Two bomb shelter for their upcoming Brain Banquet.

They'll be launching a three day pop-up event in the bunker which is being transformed into "an incarnation of the brain to explore with all their senses." The food will be based on the various functions of the brain "ranging from memory and smell, synaesthesia (a condition where two senses are entwined), delve into the chemistry of the brain" and will, naturally end up with some brains on the menu too (although there's a vegetarian option - "chosen due to its visual semblance to the brain" which we're guessing may be related to the image on the right). And instead of your waiter explaning what's on your plate, Blanch & Shock will also have scientists on hand to explain just what the banquet's impact on your brain will be.

The menu for the event is:

Some nice touches are planned, as with the second course where "the ingredients will be lit in different colours from above"

Before the meal, there are a number of installations too. There's the Memory Clinic, a maze of test tubes designed by Broqwiem in collaboration with Guerilla Science, a giant brain created by artist Agatha Haines, a Sonic Tour of the Brain and some preserved animal brains and heads on loan from the Royal Veterinary College will illustrate the evolution of the mind. There will also be a wandering magician to add to the mental trickery on show.