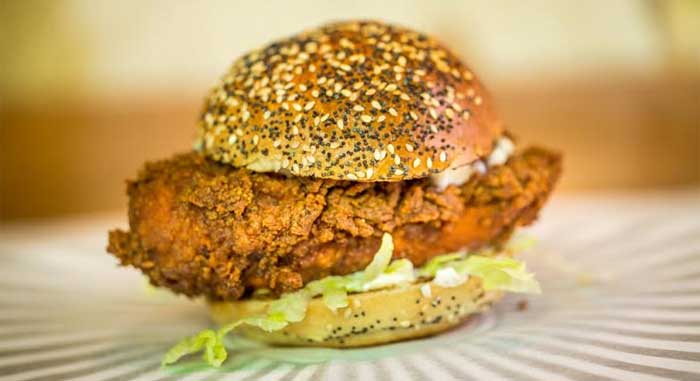 So there's a new chicken shop opening in London. If those words make you yawn - then hold on. Sounds like Billy and the Chicks might actually bring something new to the table.

The bloke behind this new Soho spot is Billy Stock who has both St Johns and Salt Yard on his CV. He's teamed up with Sam Bellamy to open what they describe as "“A London Fried Chicken shop! No bells ‘n whistles (or waffles…)".

They'll be using all British ingredients from suppliers like Bread Ahead, Neal's Yard Dairy, Walter Rose & Son and Spice Mountain. The chickens themselves are free range Cotswold Whites and you can expect to see gravy on the menu to go with everything as well as ribs and wings too.

Everything can be taken away - and we reckon there'll be a decent take-up of their lunch special - a piece of chicken, chips and a canned drink for a fiver.

As for drink, there'll be a selection of craft beers from around the country with Bermondsey based Four Pure Brewing Co, beer from Harbour Brewing but also Red Stripe because, as they reason, "who wouldn’t want to drink Red Stripe with fried chicken?"

Cocktails are inspired by the pair's favourite childhood drinks, so there's a Lilt-inspired ‘Guilt’, ‘Cherry Up’ and ‘Banana Cream Soda’, plus boozy icecream floats too.

Billy and the Chicks opens on 4 December at 27-28 St Anne’s Court, London W1F 0BN (opposite Zelman Meats). They'll be offering 50% off food on the opening weekend. For reservations call 0207 287 8111. Keep up with their news on Twitter @Billyandthechix