‘Best steak in the world’ is now available in Chelsea 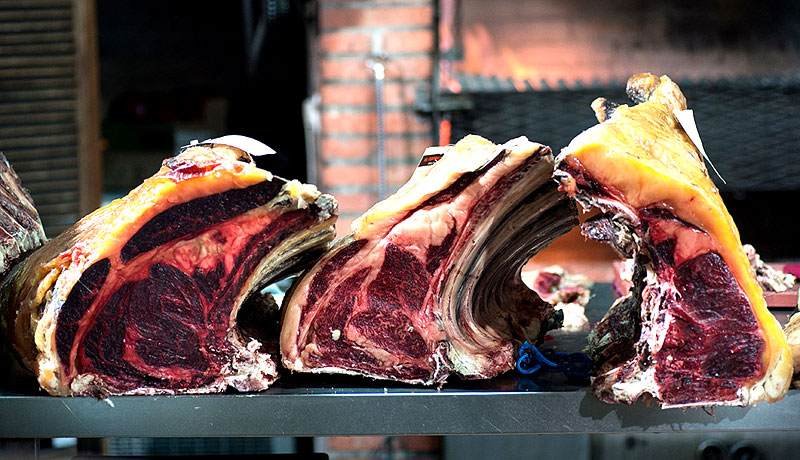 Meat-lovers pay attention: the best steak in the world has arrived in London, or at least according to Spanish meat master José Gordón, who’s spent his whole life in the quest for the perfect cut.

Following his stint at Meatopia last year, where he brought his renowned beef steaks to the UK for the first time, José Gordón will be now be serving his legendary carpaccio, flank steak and more in Chelsea’s The World’s End Market.

It’s a rare opportunity indeed to try the cuts, as apart from Meatopia, they don’t seem to make it out much, and apparently are pretty hard to find even in Spain (let alone in London), which makes it all the more exciting that Jose and The World’s End Market are launching a permanent collaboration.

You'll be able to sink their teeth into flank steak from Vacio de Buey, or cured premium Cecina de Buey ox. Or, go for the entrecote carpaccio which is matured for 180 days in Spanish olive oil. There’ll be plenty of steak on offer, and all of it dry-aged for more than 90 days, so you can expect rich, meaty flavours aplenty.

But is it as good as they say? Well, we’re inclined to believe so. Even apart from the juicy menu, we’ve seen Richard Turner, executive chef of the Hawksmoor call it “so rich, it’s almost a different category of meat to normal steak.” Which is enough to convince us to stave off Veganuary for another week/month/year or so.