[SIGPLUS_EXCEPTION_SOURCE] Image source is expected to be a full URL or a path relative to the image base folder specified in the back-end but /blog/2015/berrybros/gallery is neither a URL nor a relative path to an existing file or folder.
0
Shares

Berry Bros and Rudd launch new cellar and team up with Gymkhana, Medlar and Dabbous 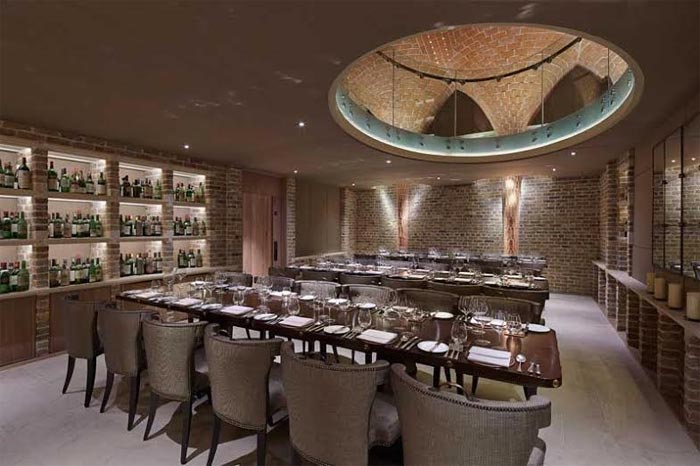 We're really liking the look of Berry Bros new cellar in St James, which they've just opened, partnering up with some pretty impressive London restaurants in the process.

The collaborations are all part of their Cellar Series, where the brand new space (which will be mainly available for private events) will be taken over by a restaurant - with 40 places available for a special meal. The first three restaurants are:

Each of the restaurants will be serving up a six course menu - paired by Berry Bros wine, of course. Ticket details will be on their site soon, but in the meantime - take a look at this pretty fine looking room.

Berry Bros & Rudd is at 3 St James's Street, London, SW1A 1EG. Find out more from them on Twitter @BerryBrosRudd