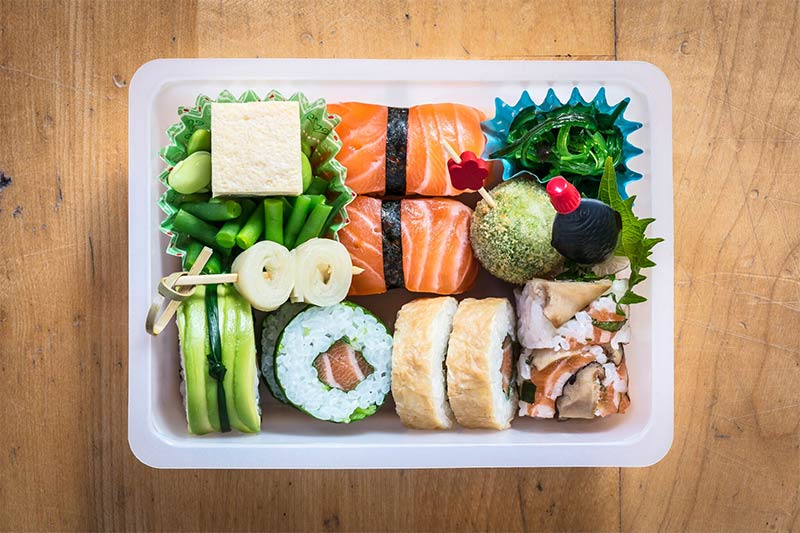 Bento boxes are always a reliable go-to when we’re in a Japanese restaurant, with their comforting array of rectangular portions that guarantee you a little bit of everything. About time they took a turn in a spotlight, which is why we’re delighted to hear about a new Bento box pop-up called Mission Sato, which opened earlier this month. And not only that, but the man behind it is Angelo Sato, who previously worked for Michelin-starred Tom Sellers at his award-winning restaurant, Story.

Unlike the experimental dishes of Story, though, Mission Sato’s bento will be quite a bit more (though not entirely) traditional. There is a chicken bento, with dashi chicken with shiitake rice and chicken and quail korokke, a salmon bento that includes nigiri, curd daikon, inari sushi and salmon maki, and a veggie box called Gifts from the Garden where you can try pea korokke with garden pickles. Or, if you’re just after a passing snack, you can grab a donabe onigiri rice ball for £2.

If Old Street and Bermondsey aren’t in your patch though, don’t worry - you could very well be seeing another Mission Sato coming to a street near you soon, as he’s hoping these will be rolled out across town.