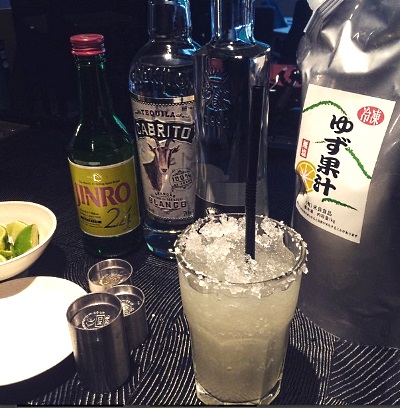 Opening upstairs from K10 on Appold Street is a new hirata bun pop-up, Beer & Buns. As the name suggests, it's going to be focusing on two key things, hirata steamed buns and Japanese craft beer.

The buns will be £3.50 each with four regulars and one weekly special. Choose from:

On the drinks front, Beer & Buns boasts that it'll be one of a handful of bars in Europe where you can get Asahi ‘Super Cold’ Super Dry draught lager. Other beers featured include Echigo Koshihikari rice beer and Coedo Beniaka beer featuring sweet potatoes. There are also cocktails - think Yuzu margaritas and sake bombs.

Beer & Buns will open on 5 February 2015 at 'Upstairs @ K10', 3 Appold Street, London EC2A 2AF Opening hours will be Monday – Friday from 5pm. Keep up with their news on Twitter @Beer_And_Buns. They'll be running an opening BOGOF offer from 5-6 February on all food and drink, subject to availability.