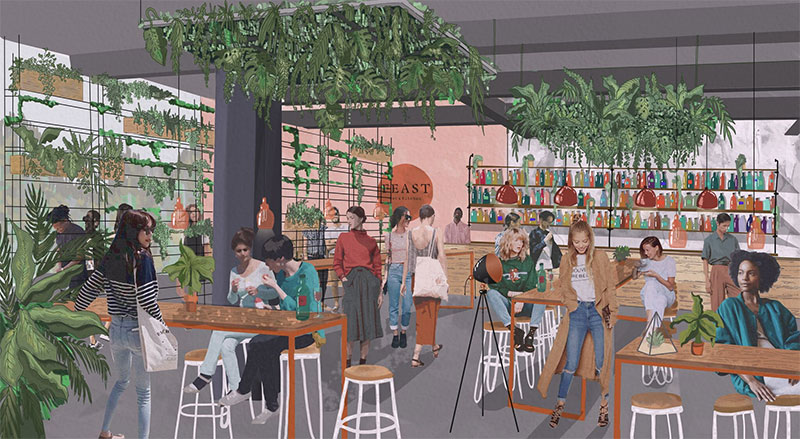 In a nutshell: White City gets the Pergola treatment

Summing it all up: There's really no stopping the Pergola team it seems, who are launching yet another all-in-one, behemoth food and drink complex. This time, they'll be overhauling the BBC's former HQ into a 5,000 sq ft restaurant hub with rotating vendors. First up - Del 74, and Morty & Bob's...

First, there was Little Feast. Then, they took over Hammersmith shopping mall's food court with Feast Canteen. Now, Feast is expanding yet again with the news they'll be swooping into the BBC's former White City premises.

There's more than enough going on to fill the 5000 square foot space, which will have rotating street food vendors to help feed the 300 or so the space will be catering for.

We're yet to find out the full line up, but we can tell you that taco slingers Del 74 - who've just announced they'll be opening a new site in Dalston - will be among the first vendors to nab a six month pitch. They'll be joined by Hackney's Morty & Bob's with salads and grilled cheese toasties. In the future, we've been told to expect a diverse range of food, including plenty for veggies and vegans.

For the winter, you'll most likely be wanting to grab a seat inside but once it finally warms up next year, there'll be lots of al fresco seating as well.