Written by Catherine Hanly
Created: 19 May 2015 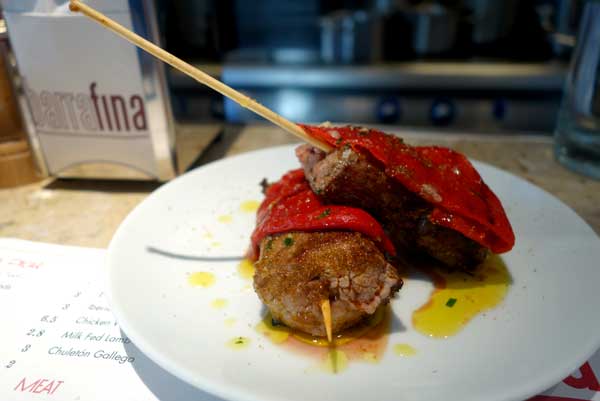 If you're a fan of Barrafina (and what food-loving Londoner isn't) then we bring you tidings of glad, glad joy. Come this summer, a third Barrafina will open in Covent Garden. The new Barrafina Drury Lane will have 23 stools - exactly the same as the original on Frith Street - but like Adelaide Street will also have a private dining room downstairs.

As with their other restaurants, Barrafina Drury Lane will be walk-ins only - but if you're a group of 8 or more you can book that downstairs dining room, which has room for 28. "We are delighted to be opening on Drury Lane," says Sam, who first looked at this site back in 2011. "The building really suits Barrafina and we are looking forward to making friends in a new neighbourhood."

On the food front, the group's Executive Head Chef Nieves Barragán Mohacho has been hard at work building a new a la carte menu which will mix classic Barrafina favourites with new dishes inspired by recent trips to Galicia, San Sebastien and Mallorca. So expect to find migas y huevos rotos (bread and egg hash), cuttlefish empanadilla and conjeo al ajillo (rabbit with garlic) on the menu at Drury Lane.

Front of house will be overseen by GM José Etura.

Barrafina Drury Lane will open in July 2015 at 43 Drury Lane Covent Garden London WC2B 5AJ. Opening hours will be Monday to Saturday - lunch 12-3pm and dinner 5-11pm For private dining and events events@barrafina.co.uk. Keep up with their news on Twitter @BarrafinaDRln and on Instagram