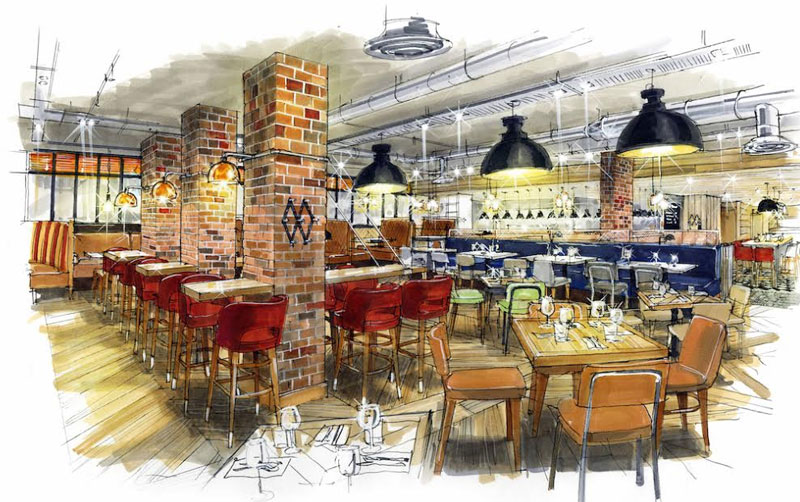 The surge of King’s Cross restaurant openings continues this November with Bar + Block, a steak restaurant set to open on York Way. It's taking over a large space that's part of the King's Cross Premier Inn (just opposite The Fellow, where Thyme used to be) and does still appear to be associated with the hotel (they also have one in Birmingham). It's having a massive revamp, as you can see from the above and we're told that Bar + Block will offer "quality steak at high-street prices". So expect another affordable steak restaurant, but the first in the King's Cross area.

The pedigree of the steaks sounds impressive, though. They will be sourced from British breeds grazed on the Pampas - lowland plains in Argentina and Uruguay, featuring the classic cuts with all meat aged to a minimum of 28 days. Each week they will also feature a Butcher’s Block special. Keeping things simple all steaks will be served with one of two sides - chunky chips with beef dripping or a garden salad.

However, steaks aren’t the only thing on the menu which also features slow-cooked pork belly, beef short rib and handmade burgers which will be ground on site. Lighter (non-beef) dishes include grilled chicken with a salad of heritage tomatoes. They will also serve a breakfast menu which looks equally meat-heavy. This will include their versions of steak and eggs, salt beef hash and the 'Bar + Block works'.