Bao get ready to open their second restaurant in Fitzrovia 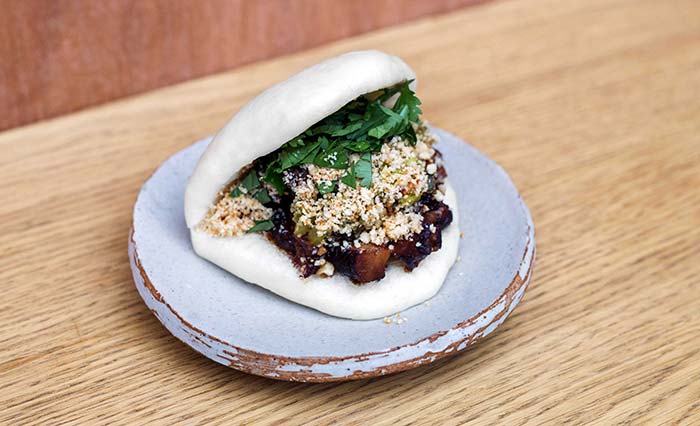 Undoubtedly one of the biggest new openings of 2016, Bao in Soho has been a HUGE success. The downside to that is there's often (for that read always) a bit of a queue. But news that they're opening a second restaurant in Fitzrovia means there's soon going to be another place to chow down on their bao buns - as well as a lot more new dishes. The space is ever so slightly bigger than the original - with room for 26 upstairs and 19 more in the basement by the open kitchen (and they won't be taking reservations at the new place either).

It'll be a familiar style of menu to those who have been to the original - where you tick what you want. But this time there's a new addition to the menu - “Xiao Chi”. their small eats. Those new additions include:

But that's not all that's new as there are some new sharing dishes including:

AND there are some new rice dishes - "Wagyu chuck, truffle & beef tea" and "Sweet potato with pork & egg congee" as well as a new dessert - a "Choc Horlicks ice cream stick". We're also REALLY liking the sound of the new milkshakes - "Choc & toasted rice" and "Condensed milk". That last one particularly...

Of course, alongside all these newcomers, expect the usual classic, lamb, and fried chicken bao buns plus a couple of new additions - Gold Coin Chicken (pork belly, chicken liver pate, and chicken skin) and Spring Onion, Parfait and Roe.