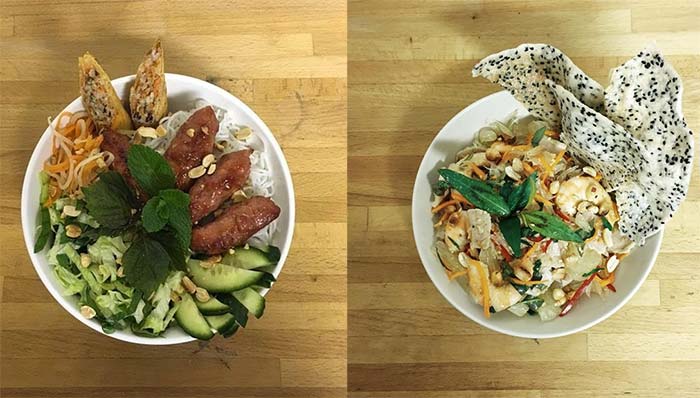 Banh Banh's just completed a successful residency in the Bussey Building, but they're not stopping there. They've just confirmed plans to open in another Peckam location permanenty.

It's a family run business, the Nguyens are five siblings running things, who grew up in the local area - and use recipes inspired by their grandmother. She put together her own cookbook from her time as a chef in Saigon in the 40s and its those dishes that they're bringing to Banh Banh.

On that menu, expect Pho and Banh Mis during the day and sharing dishes in the evening with a weekly changing menu. Their signature dish is Banh Khot - small turmeric and coconut mini pancakes with prawns. They'll also have fried snapper with green mango, lemongrass beef stew and a vegan cocunut curry. And to wash that all down, there are with cocktails and local craft beers.

Banh Banh opens 16 April at 46 Peckham Rye, London SE15 4JR. They're also offering 50% off food only for the opening weekend if you sign up on their website. For more, follow them on Twitter @BanhBanhHQ.