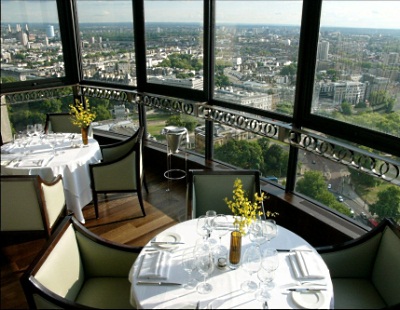 Details for the second annual Galvin Festival of Food and Drink have just been released and Hot Dinners has had a sneak preview of what's being planned for this year's festivities.

The seven-day celebration runs across the company's seven restaurants, covering both London and Edinburgh and here's what this year's line-up looks like.

Featuring four courses of dishes inspired from revered French chef Fernand Point – the father of modern French cuisine this meal (in association with Bibendum and in aid of Galvin Chance) will be cooked by special guests chefs and - now this is the best bit really - served on the covered balcony of the 28th floor restaurant overlooking London’s Hyde Park. Classic dishes to include; Foie gras en Brioche, Gratin d’Ecrevisse, and Poulet de Bresse en Vessie. Ticket prices are yet to be confirmed but are expected to be £120.

Jeff Galvin has created a special menu in homage to the Michelin-starred chef with wine pairings coming from Galvin’s award winning sommelier team. Tickets will be £175.

Battle of the brothers

Lunch at Galvin Bistrot de Luxe today will feature a ‘Chris VS Jeff’ menu where diners will be asked to pick their favourite for each course.

Galvin Demoiselle in the Food Halls at Harrods will host an exclusive Champagne afternoon tea serving the restaurant's own Demoiselle Blanc de Blanc from magnums. All guests will also take away a special goody bag. Tickets are £24 which includes a glass of champagne.

This evening takeover in the restaurant and terrace at Galvin Café a Vin in Spitalfields will feature cuisine inspired by England; including rabbit cooked on their Big Green Egg BBQ, and native oysters and cockles. There'll be a Galvin champagne bar also serving their own homemade apple cider as well as a brass band, bunting and some very special guests. Tickets are £49.

Cookery Masterclass and Whiskey Tasting at Pompadour By Galvin (at Waldorf Astoria, Edinburgh - The Caledonian) Tickets will be £150

For more details and to book any of the festival events go to www.galvinrestaurants.com