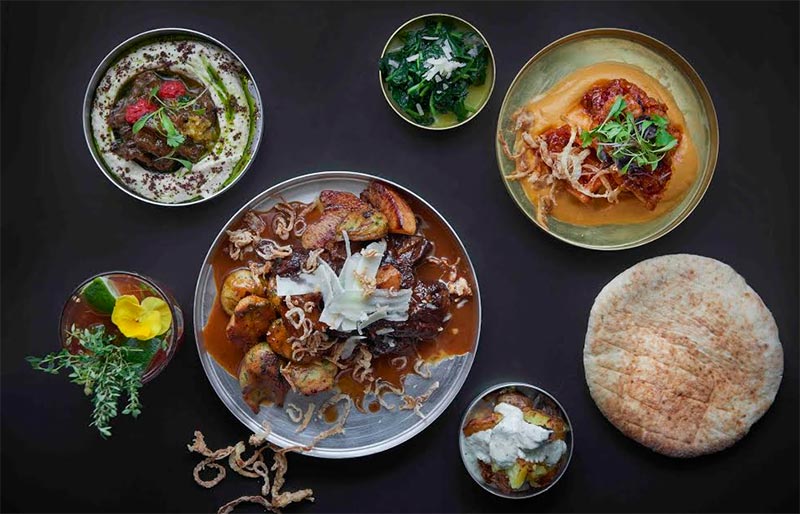 By day, Bala Baya will be sending out freshly, piping hot pitta bread cooked in house in their special pitta oven, Tel Aviv style. They’ll come with your choice of stuffings including stews and slow cooked meats like braised lamb with quince, pecorino and salad. Or try the chef’s take on ‘fish finger sandwich’, served up Israeli style. You can jazz up your pitta with a splash of one of their homemade sauces and some crispy salads, and it’ll all be able to take away too.

Come the evening and things get more formal, with dishes inspired by Eran’s Middle Eastern heritage, like salt-baked blackened salmon with tahini, or the tea-smoked aubergine with harissa and date glaze with a spicy nut crumb. For afters, try the chocolate and hazelnut babka with plums and pecan praline.

It’ll also be the home of the first Gazoz bar in London - a traditional sparkling drink from the region which you may have spotted in your local corner shop. Bala Baya will be giving the carbonated drink a modern twist with some exotic flavour combinations, like plum with fig and lemon thyme, or watermelon and red basil.

For those who fancy their botanicals a bit less soft, there’ll be some equally inventive cocktails on offer - a tomato and cucumber negroni with a feta garnish, a ‘truffle sour’ with honey syrup, lemon and truffle oil, or pink grapefruit julep with sherbet and mint. It comes from a cocktail menu curated by Ali Reynolds, who won Diageo Reserve World Class UK Bartender of the Year in 2015.

Bala Baya will be opening on 9 January 2017 at Arch 25, Old Union Yard Arches, 229 Union Street, SE1 0LR. There's a soft launch from 9-15 January woth 50% off food and you can book here. Follow Bala Baya on Twitter @Bala_Baya and Instagram @Bala_Baya.