Summing it all up: With restaurants in all the key globetrotting hotspots - NYC, Miami, Dubai etc - a London branch was way overdue for this upscale international chain.

Eight years ago, we wrote that the owners of NYC's big Meatpacking District hit Bagatelle were looking to open a place in London. Now they've finally done it. Bagatelle London opened its doors on Mayfair's Dover Street yesterday.

There was practically no information on what the London offering is - and it may surprise you to learn that we haven't been into their other restaurants in St Barth, Rio or Monte Carlo - so we swung by the restaurant to take a gawp at their menu. And that's when we discovered that the Executive Chef here is Dale Osborne, who last we heard was running the show at Aqua Shard.

Loosely, the menu is French and Mediterrean in its influences, and it is pretty spendy.

There's also a seafood platter called the Mayfair Bagatelle, that comes with a warning "order it at your own risk" which comes in at £450. Plus, you can also expect this to be quite the scene for a boozy brunch at the weekends. 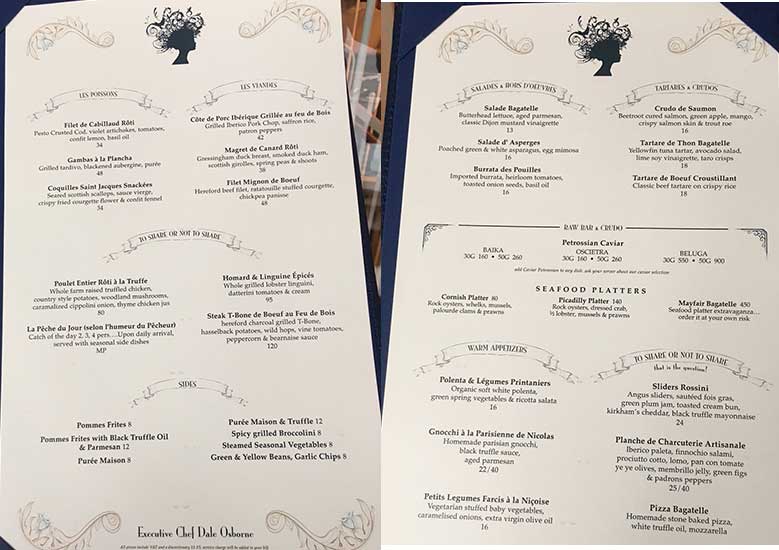