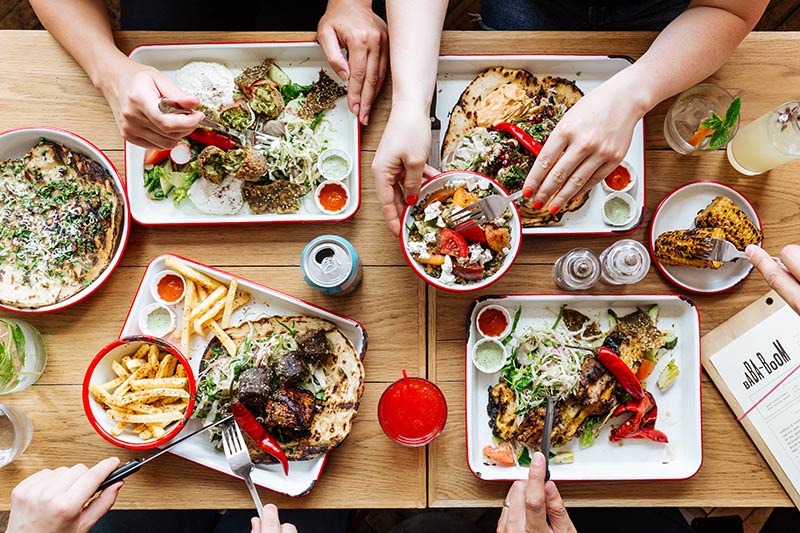 In a nutshell: Kebabs in Islington

Summing it all up: They already have a kebab restaurant in Battersea, and now they're coming to Islington's Upper Street. BabaBoom will be serving up all their favourite kebabs with meat and vegetables cooked over coal and some cracking Middle Eastern sides too.

It's all happening in N1. Hard on the heels of the arrival of Jones & Sons and incoming Brother Marcus and Laki Kane, comes BabaBoom.

Kebab restaurant BabaBoom opened to much success in Battersea a couple of years ago (as well as a Deliveroo delivery-only venture), and now they're gearing up to open their second place in Islington. They'll be taking over the spot that's been left by Vintage Salt/The Fish and Chip Shop on Upper Street.

As for what to expect? Similar Middle-Eastern kebabs to the original, cooked over coal. They'll have some of the favourites from the first restaurant as well as a few new additions (including Cabrito goat belly). That menu - with plenty of vegan and vegetarian choices - includes:

On top of this, they'll be serving up their own BabaBoom draught beer, will have a lunchtime £5 kebab special on weekdays and host regular events. So if you're after a kebab fix on Upper Street - keep an eye on this place.