Authentique Epicerie and Bar to open on Fortess Road 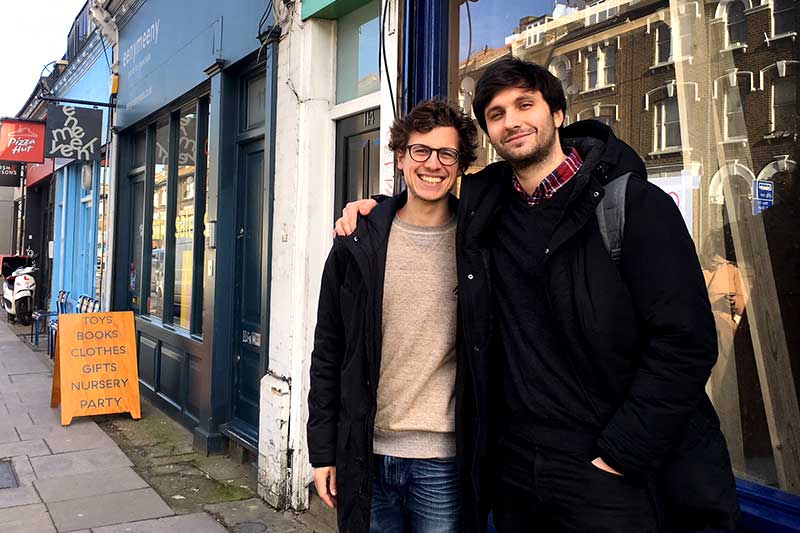 In a nutshell: Wine bar, grocery and shop for Kentish Town

Summing it all up: All-French team join forces to open this wine bar and deli on Fortess Road, which will also sell French food and serve as a wine store too.

The foodie strip of Fortess Road, which already houses a Spence Bakery, butchers Meat NW5 and vegetarian restaurant Ceremony, among others, looks to be getting an interesting new addition. Look out for the arrival of Authentique Epicerie & Bar this spring. This wine bar, meets restaurant, grocery and wine store is the brainchild of Alexandre Bal Senior Sales Executive at  wine merchants Yapp Brothers, Matthieu Sevagen who's working at Majestic in Mayfair, Amaury Levisalles and Thomas Guidez.

Hot Dinners caught up with Alex to find what NW5 residents can expect from this new slice of France opening up on their high street.

Alex and Amaury were at college together, where they first came up with the concept. "We had the idea of opening a business with all the good French delicacies - I came to London to work in the wine industry. My grandparents were winemakers, and I was trained in wine and the idea came to us to do it here, because it was the best spot in Europe. There's a big French community, and a really good restaurant scene.

Inspired by others opening in the wine bar and shop space, they felt they could add something more to the mix. "We saw there was a great concept of a hybrid shop and bar, but none of them were satisfying in terms of the dependence they had between the two businesses. If you're having dinner with a wine shelf behind you and if someone wants to browse the wines it's ends up bothering you while you're having your meal. When we found this spot we were really pleased because we had two doors and a distinct shop and bar space. You can tell from the street that there are two distinct things going on here."

So there'll be a wine bar and grocery selling 200 different wines plus some fine wines in larger formats. There'll also be about 75 different craft beers and a lot of food products - especially cheeses and charcuterie. too.

Key to the offering is the idea that they'll spend the year focusing on 12 different French speaking regions. "Every month we'll focus on a different region and we'll have a big evening event featuring a chef from another restaurant serving food from that region. And we'll have winemakers here to talk about the wine." Chefs who've already signed up include Sylvain Roucayrol from Compagnie des Vins Surnaturels, Rob Freddi the Head Chef at Albertine and Neil Borthwick from Merchants Tavern. "We'll also have people from two and three Michelin star restaurants."

As for food, it'll be mainly platters of cheese and charcuterie. "In the shop we'll have lots of pates, tapenades etc which you can try in the bar," explains Alex. "The food offering is going to be very compact, changing every month with the region. But we'll see in six months if there is a demand for a full-time chef. There'll be a vegan board, a classic and one from the region. There'll be something hot - baked cheese or a soup - and something fresh, like a salad."

Good news for anyone who fancies sipping great wine in the sunshine come summer - there's a lovely outside space here too. And they're adding on a conservatory-style space at the back that can be booked for private parties. 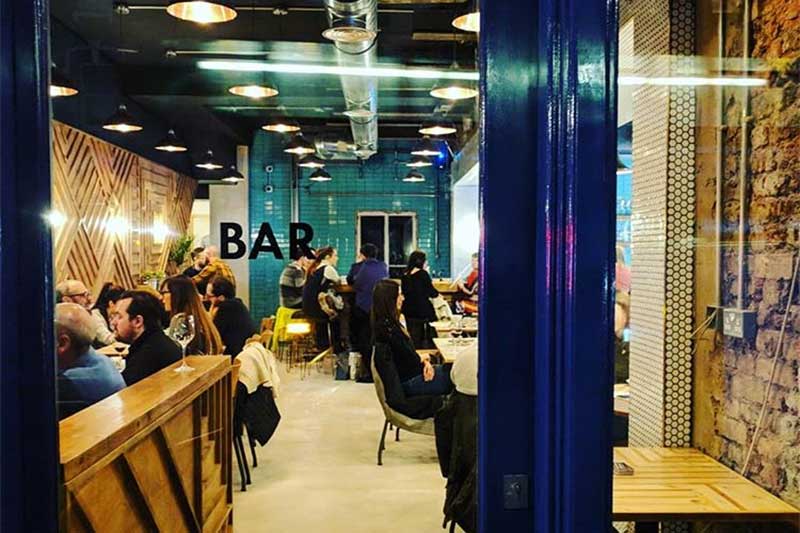 When does it open? Now on soft launch with 50% off food at the bar until 5 April 2018. Opening hours will be Monday to Saturday with the shop opening at 11am and with the bar open from 3-4pm until 11.30pm on Friday and Saturday