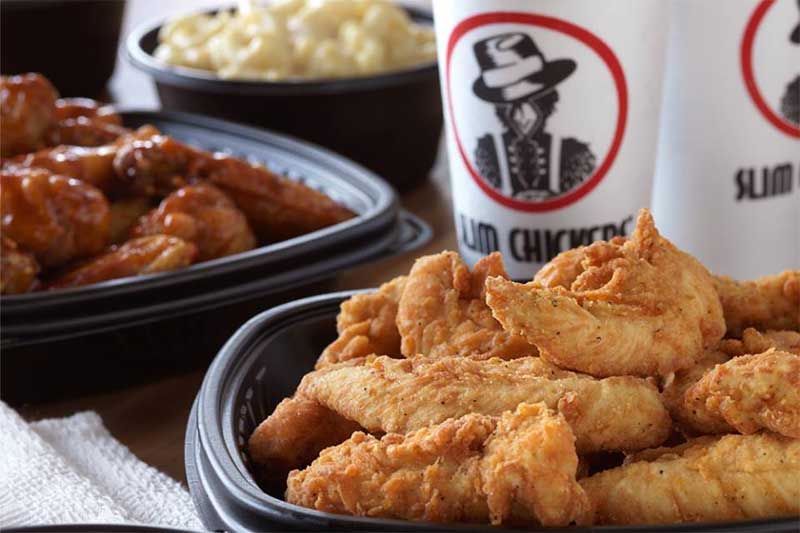 Updated 9/3/18 with opening date and address

In a nutshell: US fast food chicken chain eyes up the UK

Summing it all up: From Fayetteville Arkansas a chicken tenders chain has decided that London is the next city it wants to conquer with its southern fried chicken

If you thought the London restaurant scene was pretty saturated with chicken shops, seems the Americans don't agree. Slim Chickens, a US fast food chain which originates from Arkansas has just announced plans for a roll out in the UK and Ireland, kicking things off in London.

The American company, started by high school friends Tom Gordon and Greg Smart, opened the first Slim Chickens in Fayetteville back in 2003. Now they've jumped into bed with a British company, Boparan Holdings, who own Cinammon Club, Harry Ramsdens and even Bernard Matthews among other ventures.

From a quick look at the menu - it's mainly about tenders and wings served up as part of waffle platters, in wraps and on their own. And, for London, there will be a brand new creamy garlic  and Parmesan sauce as a side. There's a range of burgers too. Sides range from the usual to potato salad, fried okra and what they call Texas Toast, but to our untrained eyes looks just like a slide of Kingsmill, toasted. For desserts there's a choice of three fried pies - apple, peach and chocolate.

"In the U.K. there’s a big opportunity in the fast-casual chicken segment with little existing competition in the marketplace,” said Tom Crowley, CEO of Boparan Restaurant Group. That'll be news to folk like The Chicken Connoisseur who's busy working his way through some of the pengest munches to be had in London's 8000 estimated fast food chicken shops.