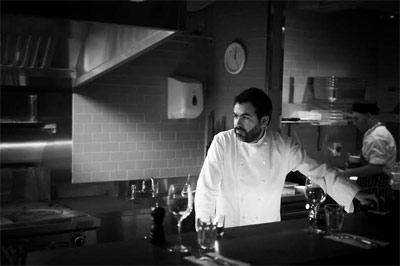 What you need to know about Abasto

The name comes from the famous fruit and vegetable market in Buenos Aires - only a few blocks from where Diego was born.

It will - as you may have guessed - specialise in Argentine beef. All the beef will be exclusively from Argentina. They started importing their own Argentinian beef for their restaurants three years ago and Abasto will be the only retailer where the superior Argentine meat will be sold in the UK. It will also specialise in British and Argentine sausages, with the butcher creating his own on-site as well as offering advice on how to start making them at home. As for the pork, lamb and chicken, that will be sourced from another London favourite, O’Shea’s.

There's more besides the meat. Abasto will also sell own-brand products including jams, while freshly made chimichurri and salsa criolla will be available alongside fresh pasta and fresh sauces. They've also created Lemon Cedron tea with Henrietta Lovell's Rare Tea Company  - "a vibrant lemon verbena blend based on the herb, which is indigenous to Argentina". They'll sell hampers too (handy to take to nearby Hyde Park) including an ‘afternoon tea’ hamper with "a range of traditional Patagonian tea-time items including cakes, tarts, cheeses, farmhouse butter, organic jams and Argentine sparkling wines." Plus there will be a range of master classes throughout the year.

There is a dining area too. It's being described as "intimate" (seating just 16) with a weekly changing menu of just five different dishes, which will be made fresh each day. It's open from breakfast and there will also be traditional Argentinian pastries, including empanadas, available to eat in or takeaway.

And there is, of course, wine. They'll have over 150 wines labels, with 90% Argentinian and the remaining 10% from around the world. Alongside this is Abasto own-brand beer, which Jacquet has made with fellow Argentine Julio Moncada, who runs the Notting Hill Moncada microbrewery. These beers include a classic stout and blonde and red ale and will be available exclusively in the shop, Zoilo and Casa Malevo.

When does it open? It's open now although will be building up to the full opening in June. For more information, visit their website.