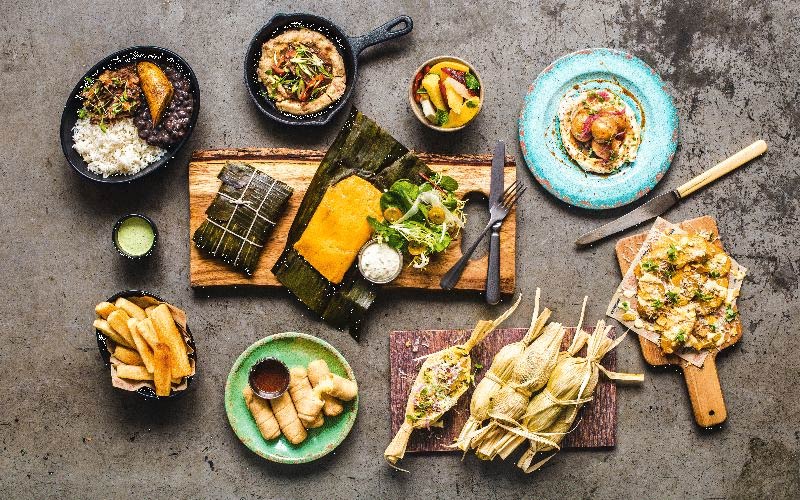 What: Arepa and Co

In a nutshell: Venezuelan in Bethnal Green

Summing it all up: It's the second restaurant from people behind the Original Arepa & Co, this time in Bethnal Green. Expect lots of Venezuelan style sandwiches and lots more.

The same people behind the original Venezuelan restaurant Arepa & Co in Haggerston - husband and Wife, Gus and Kathe - are opening a follow-up, this time in Bethnal Green's Paradise Row (taking over the space left by Paradise Garage).

While you'll see some favourites from the original on the menu, there will be new dishes too. So there will be Venezuelan classics, plates of pastelitos (described as "light and fluffy puff pastry parcels"), hallaquitas (steamed corn dough balls), crispy fried plantain and tequenos (cheese stuffed pastry with a guava sauce).

And, of course, there will be arepas - best described to the newcomer as Venezuelan sandwiches. New fillings will be fried chicken, soft shell crab with chilli mayo and "Sabich", with roasted aubergine, pineapple & coconut chutney and pico de gallo.

They'll have brunch in the weekends, of course, adding "Cachapas La Previsora" which are corn pancakes layered with grilled bacon and cheese. And much like Paradise Garage before it, they'll have lots of outside space and a private room on the mezzanine.

More about Arepa and Co